The Durango Fire Protection District's new state-of-the-art training tower will provide emergency responders throughout the Four Corners with more realistic experiences fighting fires or conducting rescue operations. And someday that experience could save a life. You're watching the Local News Network brought to you by Serious Texas Bar-B-Q and Fast Signs of Durango. I'm Wendy Graham Settle. Durango Fire unveiled its $2.5 million training tower in Bodo Park during dedication ceremonies in August that included a ribbon cutting, demonstrations and a barbecue. It replaces the tower at River City Hall, which Chief Hal Doughty said was outdated and could not be used with real fires because of its hollow cinder block construction. The new four-story tower is rigged with propane-fueled spigots that can be lit to mimic an actual fire and props can be arranged throughout the building to simulate an office, bedroom, living room, or kitchen.

What we've done in this facility is we've taken occasion to build our fire props in a way that we can do something as simple as, the firefighter shows up on the firetruck, pulls a hose line to the front door, and goes through that front door and encounters a kitchen that's on fire, let's say. Or, we can make it more complicated because they have to go around and through a stairwell lobby before they get into the kitchen. Or, they may get into the kitchen and knock that fire down and discover that the fire's moved around and into the hallway. Or they knock those fires down and the fire's extended to the bedroom above that. So we've stacked all those props in a way where we have the ability to go very simple, basic scenarios, or very complex, all the way to the point where we're utilizing two engine companies and a ladder company. We've got people on the roof cutting a hole in the roof. We've got an attic fire going with a bedroom on fire below that and a kitchen on fire below that. So, the opportunities are there for us to come up with a countless number of scenarios to build that muscle memory, to build those experience files for our firefighters, so that they are the best prepared they can be when we have a real incident.

Dowdy anticipates the tower will become a regional training asset for emergency responder agencies, including police and search and rescue units in the Four Corners.

We can partner with all of the local agencies to provide training opportunities, bring in our partner agencies from Upper Pine Fire from Los Pinos, from Fort Lewis, Mesa. We already do shared training opportunities anyway, but we think that this is going to really bolster the opportunity to train all of the firefighters in La Plata County, and then certainly regionally as well. Our colleagues from Farmington have come up already a couple of times to take a look at it. We're having conversations now about what it might look like to be able to create a college program potentially through one of the junior colleges that could teach college-level classes here and utilize that facility. So it really is a great deal more than just a facility that is going to serve Durango firefighters, it's really going to serve the region, I think.

The Durango Fire Protection District employs 180 full- and part-time professional staff and volunteers across 16 stations in a district that stretches from the San Juan County line to the North, to the New Mexico border to the South. "A well-trained team of firefighters and emergency responders will become more important than ever," Doughty said, "because the potential for severe or catastrophic incidents will grow with the continued increases in population and density."

We have to prepare our firefighters for anything that may come down the pike. That's what this facility is all about, is making sure that we have the ability to give them an opportunity to be safe and to practice their skill so that when it happens in real life we're there to answer the call.

If you'd like to know more about the new training tower, visit durangofire.org. Thanks for watching this edition of the Local News Network. I'm Wendy Graham Settle.

Happy Holidays to our Furry Friends

With all the craziness of the holiday season, sometimes Fido and Fluffy may get themselves in trouble. La Plata County Humane Society Director Chris Nelson shares some of his top tips for ensuring that everyone has a safe and happy holiday. By Hannah Robertson. Sponsored by Closets Plus and Tafoya Barrett and Associates
December 28, 2021

The 6th Judicial District is one of only three areas in Colorado that does NOT have a place where child sexual assault victims can receive help and support in one location. A local non-profit, 4 the Children, wants to change that. Sponsored by Kroeger's Ace Hardware and Downs, McDonough, Cowan and Foley
December 28, 2021

Early plans are in the works for a proposed traffic-calming design along 32nd Street, with the goal of improving traffic conditions and reducing traffic infractions. Sponsored by Closets Plus and Happy Pappy’s Pizza and Wings
January 10, 2022

San Juan Basin Public Health reports that area ICUs are near capacity. Sunnyside Gold Corporation agreed to a settlement with Colorado on the Gold King Mine Spill. And more. Sponsored by Service Master Restore and Closets Plus
January 10, 2022

A unique relationship between the 1st Southwest Bank and a sister community fund provides loans to entrepreneurs who might not otherwise be able to obtain a loan to start a business. Sponsored by Downs, McDonough, Cowan and Foley, LLC and TruWest Auto
January 10, 2022

A Breath of Fresh Air

During the early days of the pandemic, Karla Sluis, a local Zumba instructor, began teaching classes around Durango’s outdoor spaces. The classes encourage students to keep moving and enjoy the beautiful outdoors, in all seasons. Sponsored by Service Master Restore and Express Employment Professionals
December 15, 2021

The Four Corners Fencing Club has a GoFundMe project underway to raise money for new foils and to keep membership free. The club is open to people of all ages. By Hannah Robertson.
January 17, 2022

What would you plant first if you wanted to start a farm? The Bryant family planted 4,000 lavendar bushes on Los Miramontes Lavender Farm. Sponsored by Choice Building Supply Ace Hardware and TruWest Auto Outlet
December 14, 2021

Buy a Christmas Tree, Save the Forest

The City of Durango is taking some of the most aggressive action to date to address the need for affordable and workforce housing. Learn about the initiatives under way. Sponsored by Service Master Restore and The Payroll Department
December 6, 2021

Durango Transit received the 2021 Outstanding Innovation Award from the Colorado Association of Transit Agencies for their work adding the Three Springs route during the COVID-19 pandemic. Sponsored by Express Employment Professionals and Closets Plus
December 6, 2021

In this edition of #LPEAwire, learn more about LPEA’s 2022 scholarships, help your neighbors keep the lights on this holiday season with LPEA’s Giving Tree program, and catch up on the latest with LPEA’s future power supply options. Sponsored by La Plata Electric Association
December 6, 2021

Visit the Festival of Trees to get into the holiday spirit and marvel at the inventiveness of this year's sponsors and the decoration themes they've created. The festival benefits Community Connections Inc. Sponsored by Alpine Bank
November 30, 2021

The Fort Lewis College Center for Innovation is one of the recipients of the Build to Scale Grant Program funded by the EDA. The grant will allow the Center to expand its current opportunities to include mentorship, more coworking spaces, and more partnerships with local and aspiring entrepreneurs. Sponsored by Service Master and Closets Plus
November 30, 2021 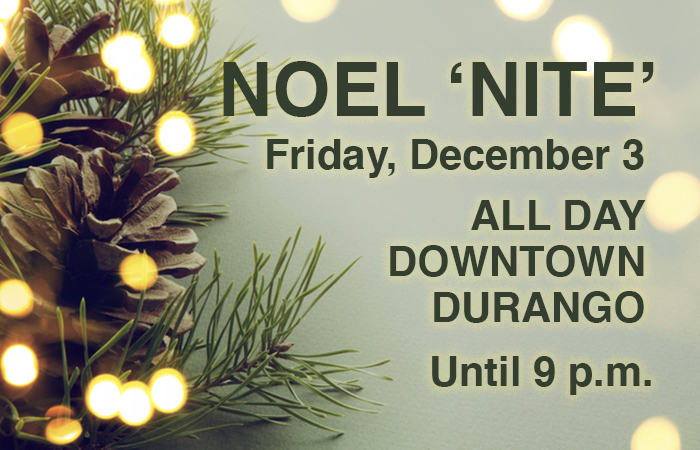 If you've been in Durango for more than a couple of years, you know we like to go crazy with our holiday events, starting the day after Thanksgiving. Here's a brief roundup. Sponsored by Downs, McDonough, Cowan & Foley, LLC and Closets Plus
November 22, 2021 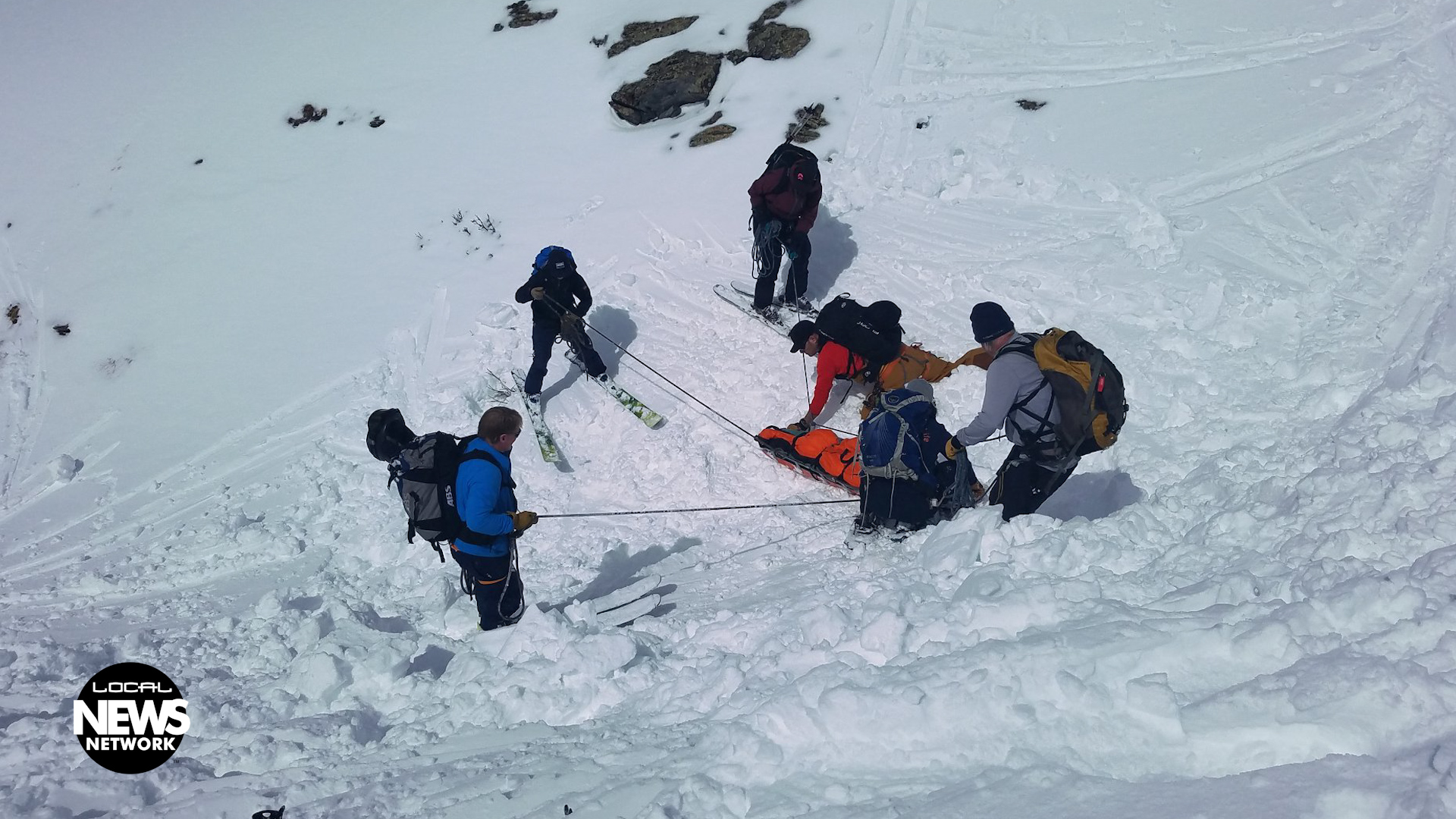 Lost and Found Champions Since 1981

Literally dozens of backcountry enthusiasts each year can thank La Plata County Search and Rescue volunteers who came looking for and found them, and in some cases, saved their lives. Sponsored by Alpine Bank
November 19, 2021 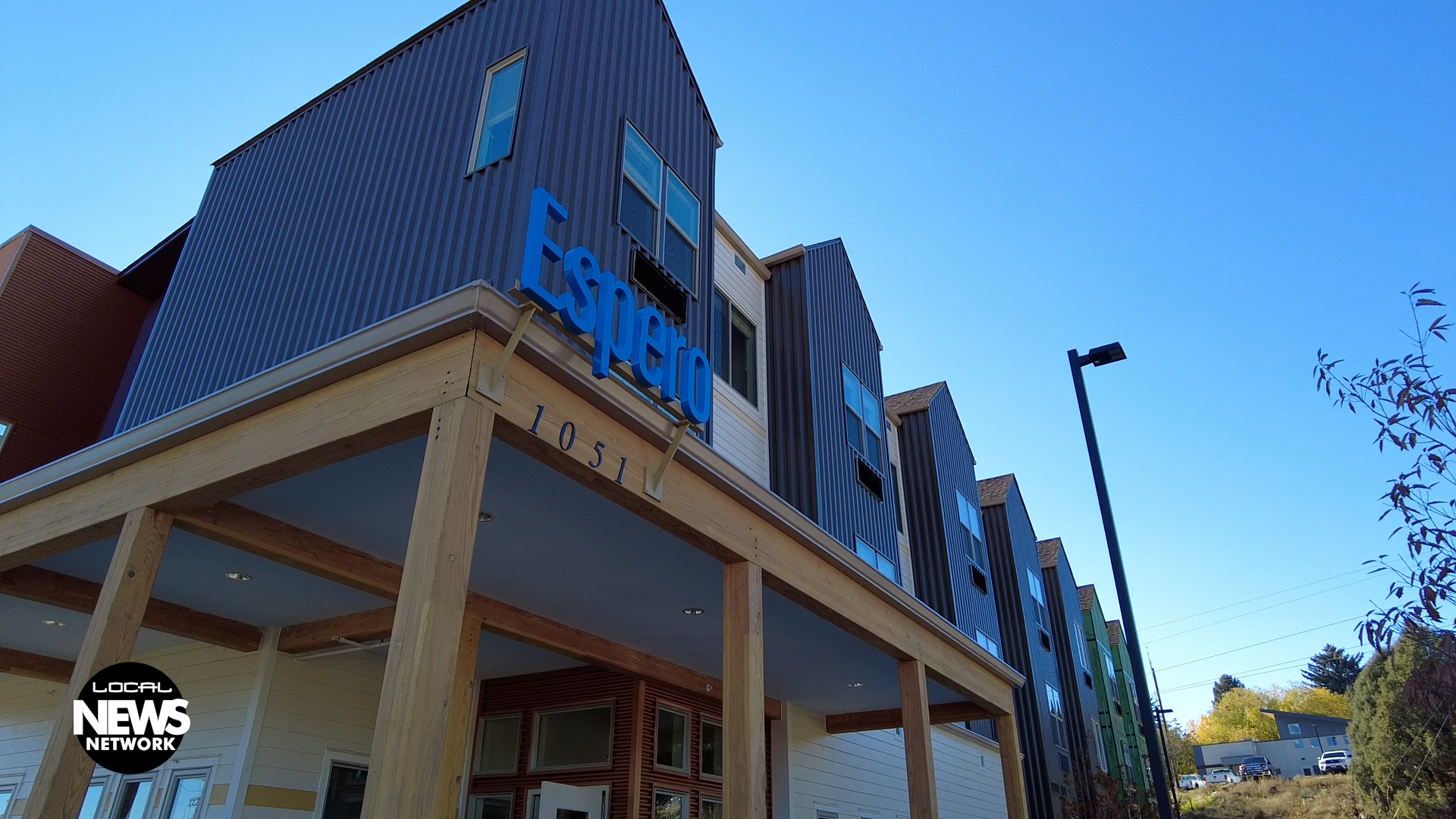 The new 40-unit Espero apartment complex will offer on-site support services to help residents overcome homelessness and the problems that led them there. Sponsored by Closets Plus and Express Employment Professionals
Next