Community groups and school organizations shared the spotlight in a Homecoming parade on Main Ave. It was the first Homecoming parade in Durango in more than a decade. Groups like the Demons Marching Band, youth football and the DHS Black Students Alliance took part. This story is sponsored by Happy Pappy’s Pizza & Wings and the law firm of Downs, McDonough, Cowen, and Foley

Durango High School's Homecoming is going down as one for the ages. You're watching the Local News Network brought to you by Happy Pappy Pizza and Wings and the Law firm of Downs, McDonough, Cowan and Foley. DHS students celebrated Homecoming 2022 with a handful of events, most notably, a parade down Main Street. Student floats showcased teams like the Durango Youth Football Program. Organizations like the DHS Black Students Alliance and Ensembles like the Demons Marching Band.

There's been a lot of behind the scenes work to this parade, and I'm so happy that everyone is here and that we have so much support and it's just very exciting that like the moment is finally here. And like the Tradition's back after a decade.

Student organizer and junior class president Molly Martinez is proud to be a part of the group that brought the Homecoming Parade back for the first time and 11 years. And it meant she gained some experience navigating some logistical challenges.

I've been making a lot of phone calls making sure all the clubs are like ready to go and getting my junior class float ready to go, as well as making sure that there's a lot of publicity around downtown and just everyone knows about it.

Classmates worked on their floats for a week leading up to the spectacle to make sure they put their best foot forward. The fine tuning even came down to the final seconds.

I've heard a lot of people excited about the tradition coming back from like alumni and my family and like just people in the community. And then students are excited to be able to represent their classes and their clubs.

Cheerleaders, mascots, and of course some free candy kept spirits high for the hundreds of spectators who watched the cavalcade march along Maine for five blocks, from the Straighter Hotel to Buckley Park. It was a chance for Martinez to enjoy the fruits of her labor and get some perspective.

I'm realizing to savor it a little bit more since it's my second to last homecoming, so stuff like this really makes it all worth it.

The Demons football team did its part to keep the so-called Red Sea satisfied on Friday night, dominating Summit to the tune of 56 to 3 for its fourth win of the season. Durango residents and alumni saw plenty to stoke their pride in the local high school and community throughout homecoming week. And students like Martinez hope they've set the bar for what Homecoming in the future can resemble. Thanks for watching this edition of The Local News Network. I'm Connor Shreave. 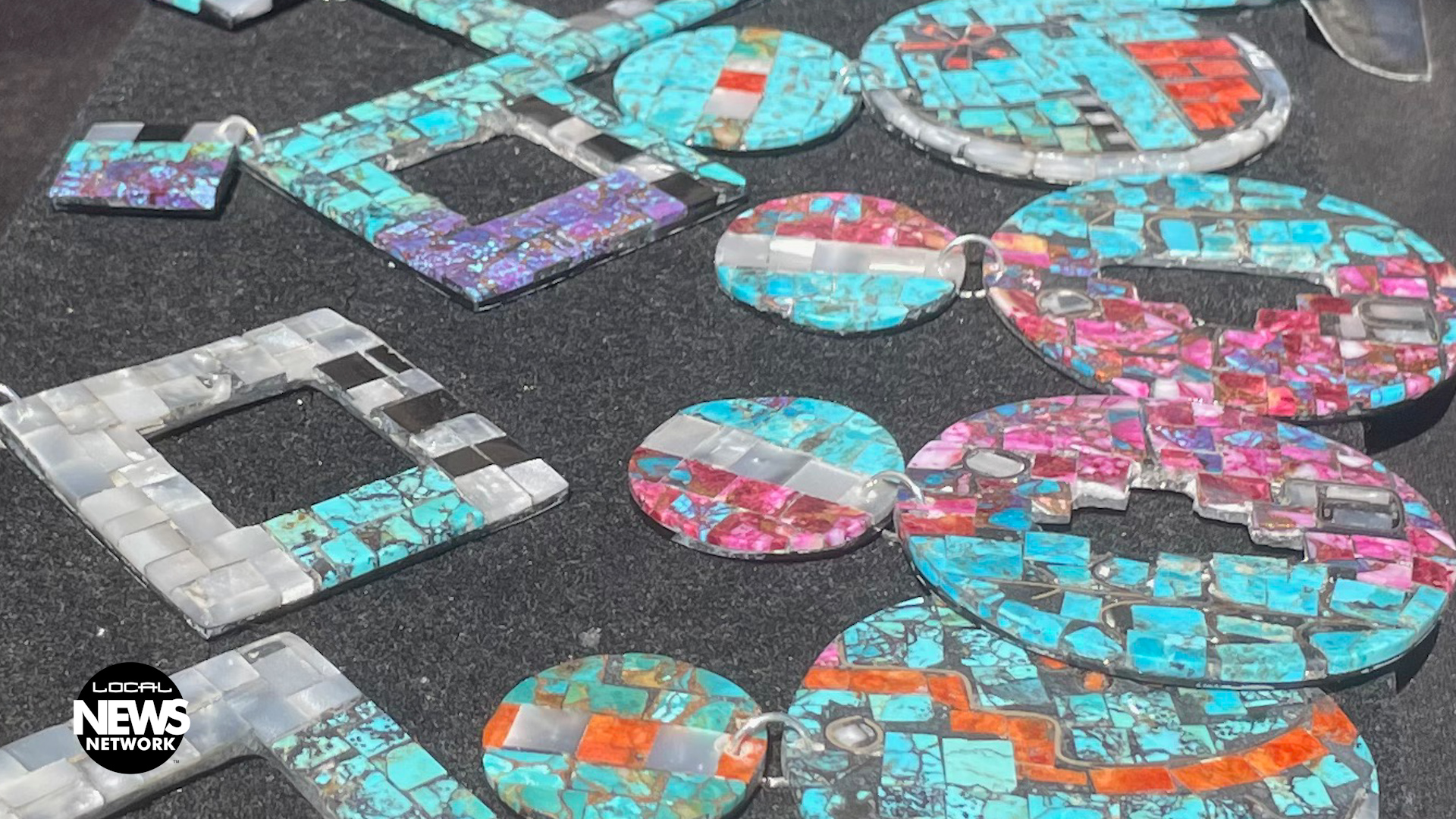 After a two-year hiatus, the Northern Navajo Fair came roaring back to life. Considered one of the nation’s oldest and most traditional fair gatherings, it celebrates 109 years. Most of the events were back, including a carnival, rodeo, Indian Market, and the traditional song and dance “roll call”. This story is sponsored by Distil Beer Wine Spirits and Traegers Bar
October 17, 2022 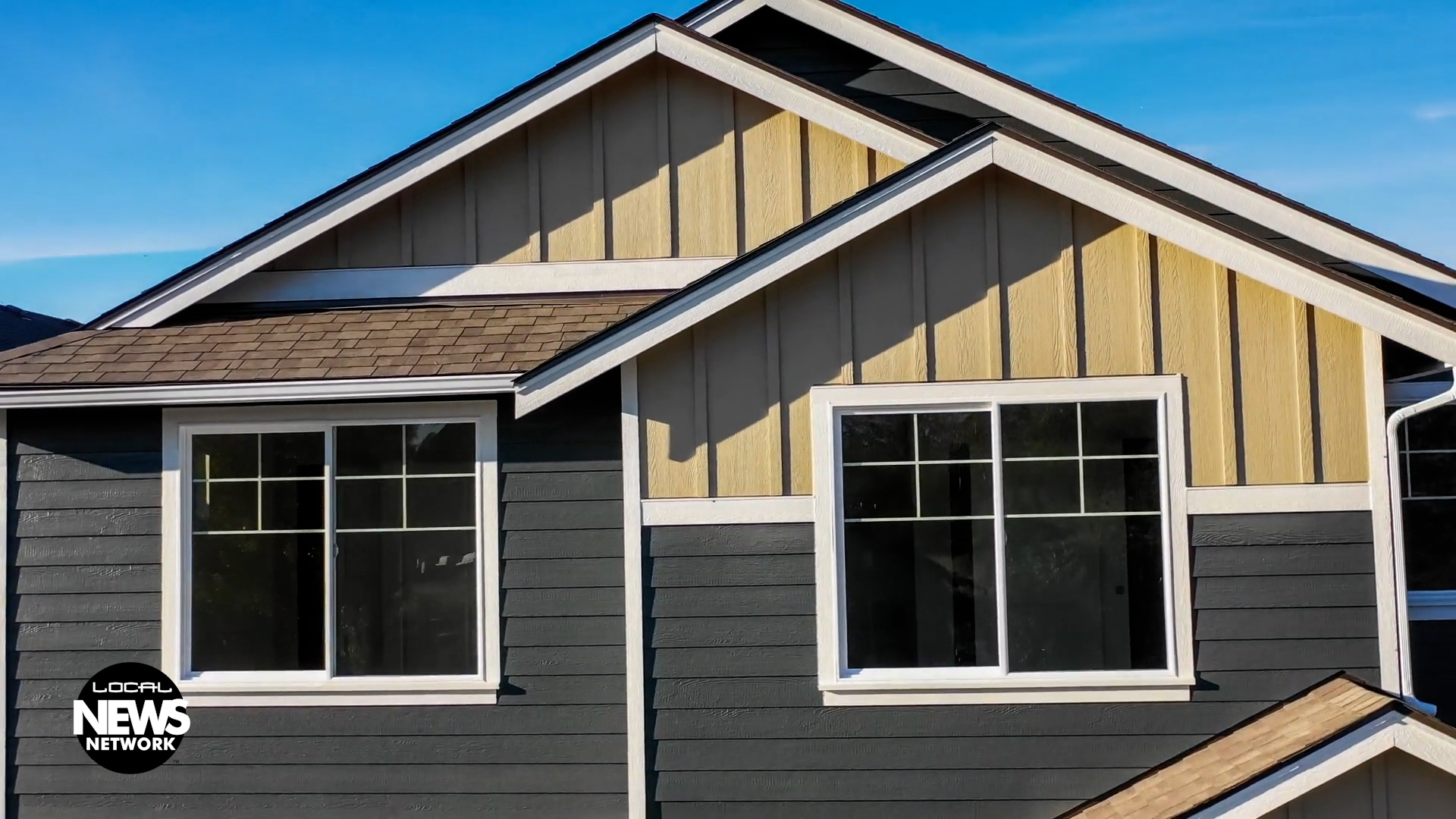 With a cooling of the air comes a cooling of the real estate market, but that’s not all bad as we’ll discuss more in depth in this episode. Interest rates reached the highest they've been in 20 years and the month’s supply of homes has more than doubled. This story is sponsored by Alpenglow Properties LLC and the Local News Network
October 17, 2022 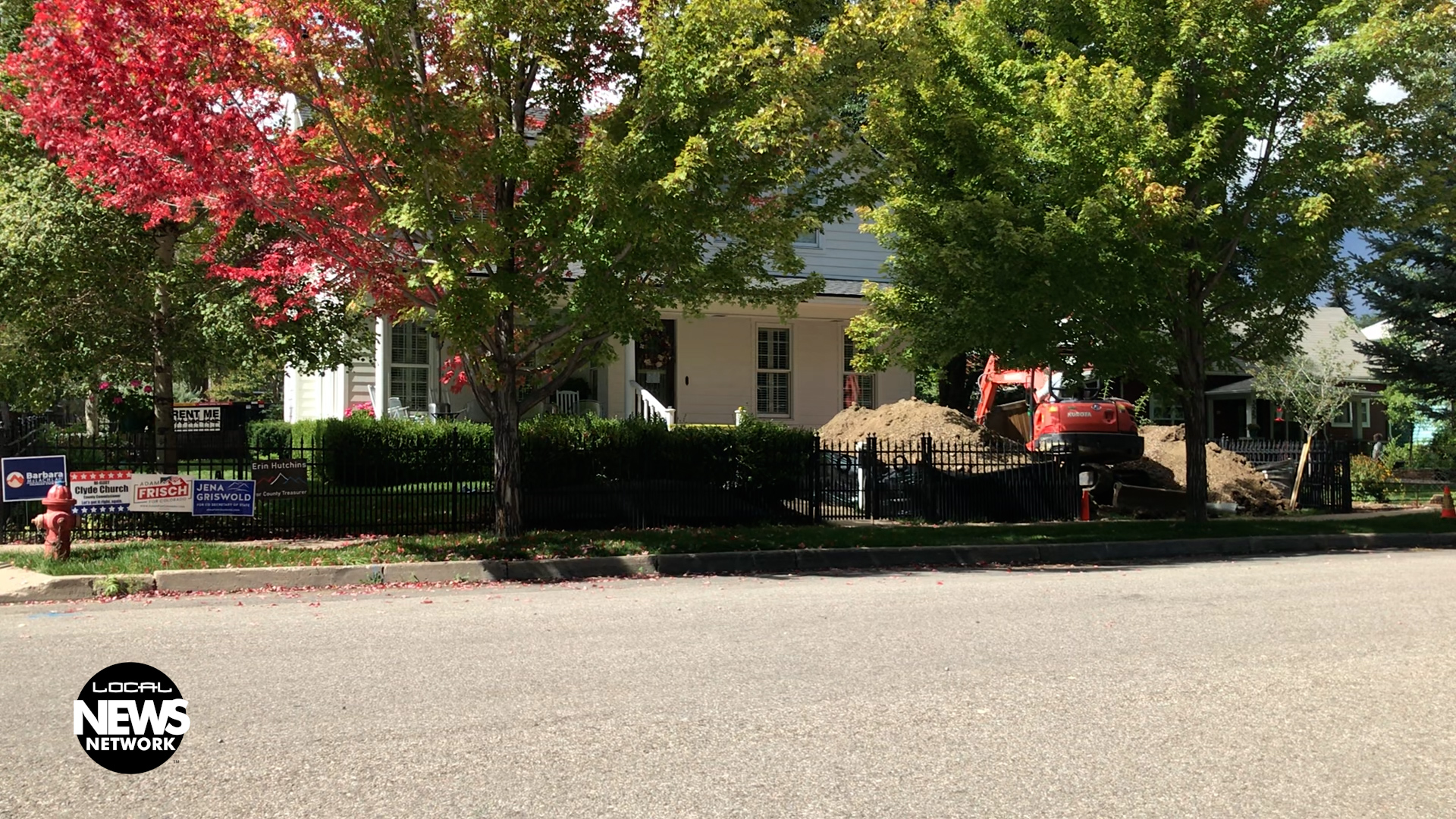 Durango’s Housing Innovation Division is leading a pilot program addressing a shortage of affordable housing for local workers. The City Council has allocated $80,000, which will be paid to ten applicants who build or legalize an A.D.U. on their property and agree to rent it to a local worker for at least two years. This story is sponsored by Pop’s Truck and RV and the Norm Phillips Team at Draper and Kramer
October 14, 2022 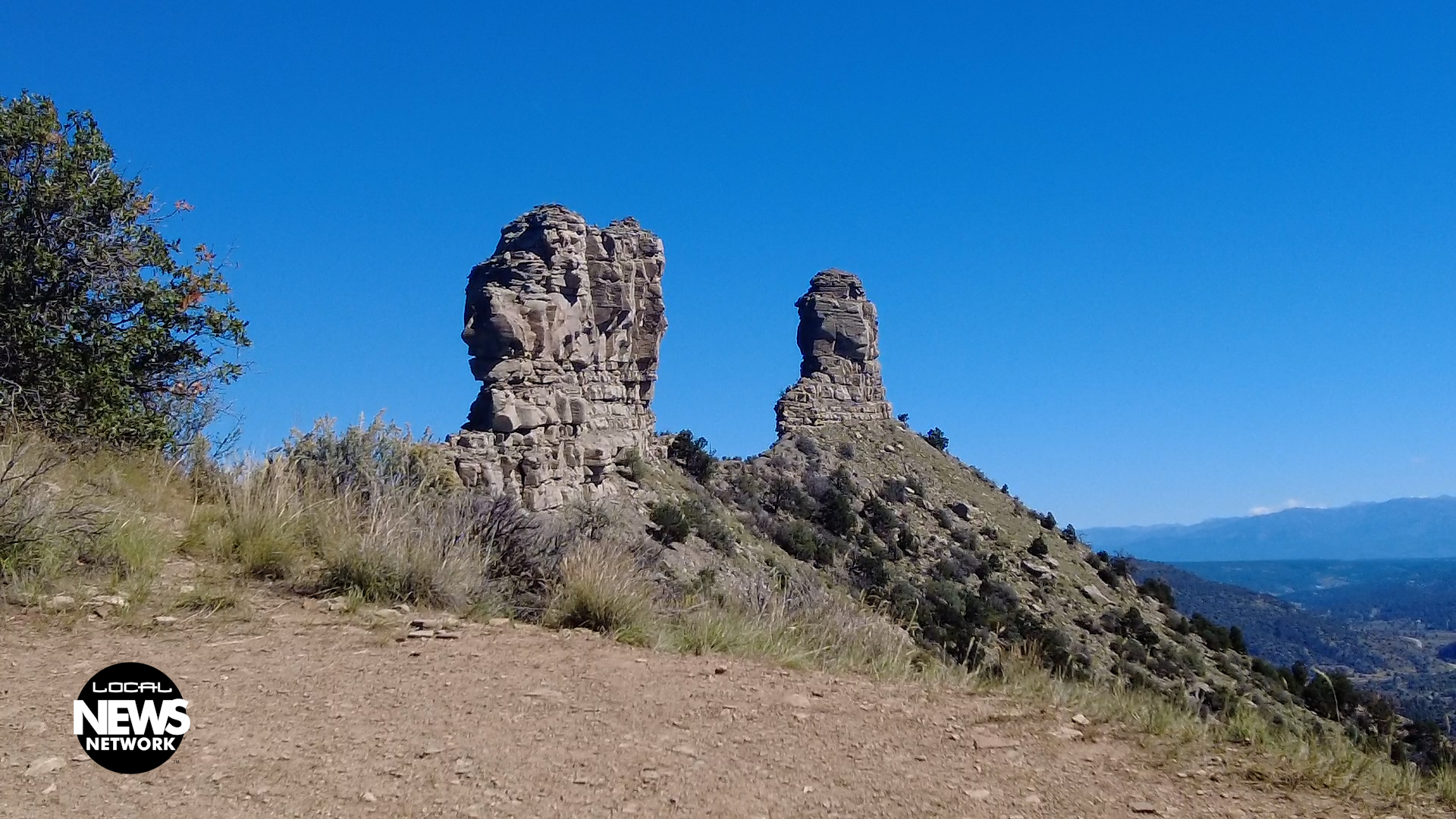 September 24th, 2022 marked 10 years since Chimney Rock received National Monument designation. To acknowledge the occasion, Chimney Rock offered free admission to the monument, offered games, activities, and guided hikes, and invited several different groups to dance and perform on Saturday. The monument, located just south of Pagosa Springs, is part of the Chacoan architectural group and is a sacred site today to tribes descended from the Ancestral Puebloans. This story is sponsored by StoneAge and Community Foundation serving Southwest Colorado
October 12, 2022 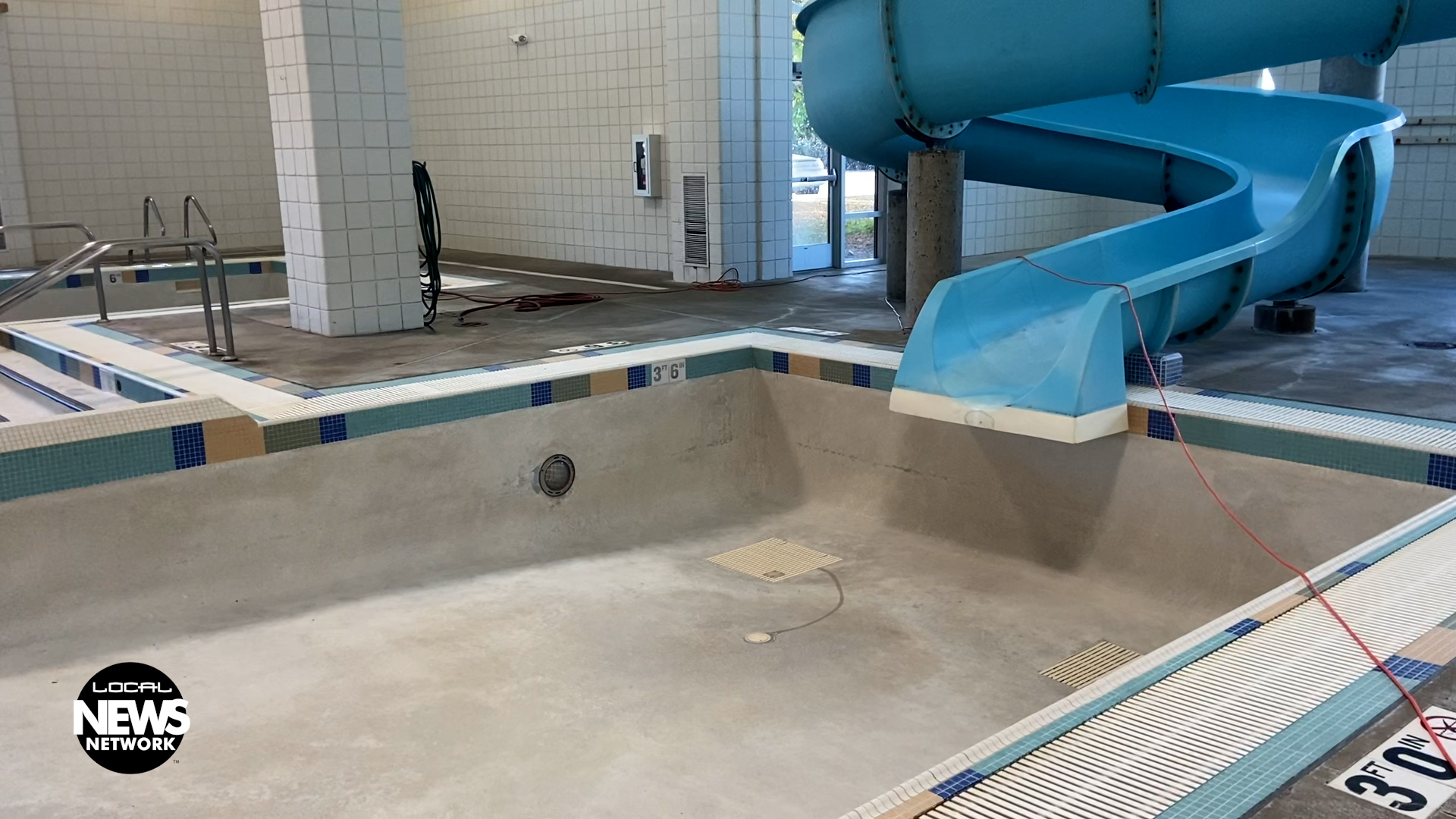 Paving of two new northbound lanes on US Highway 550 is completed, and from October 7th drivers will be directed onto the new traffic lanes for the rest of the project, slated to be finished in fall 2023. The Durango Community Recreation Center will be closed for its annual maintenance week from October 16-22, the Aquatics Center will be closed from October 9-31 to accommodate the replacement of pool equipment and resurfacing. This story is sponsored by The Payroll Department and Serious Texas BBQ
October 12, 2022 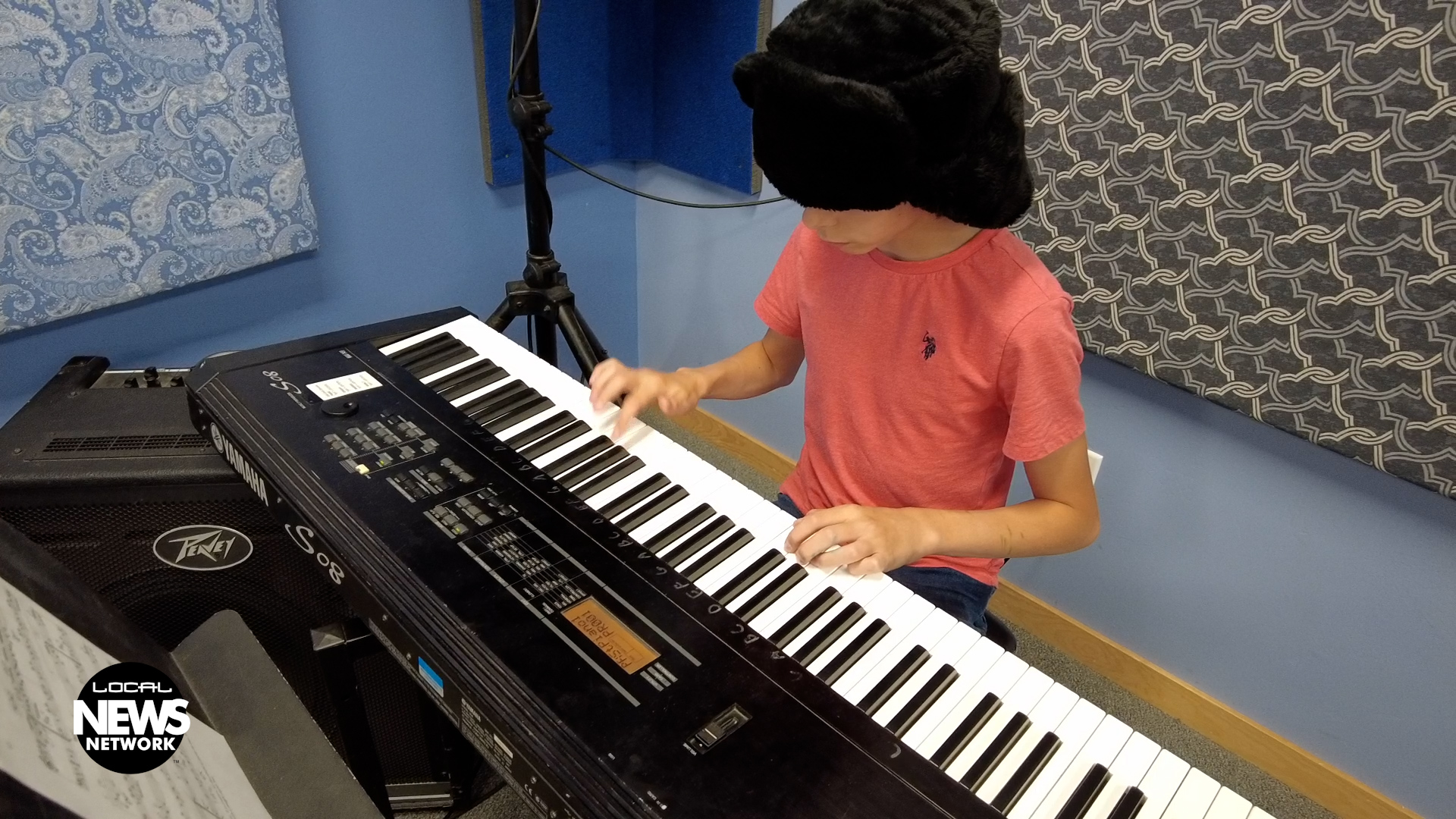 The Stillwater Foundation has been teaching music since 2005. Now the non-profit is fundraising to add a two-thousand square foot performance space for the community. This story is sponsored by Alpine Bank
October 12, 2022 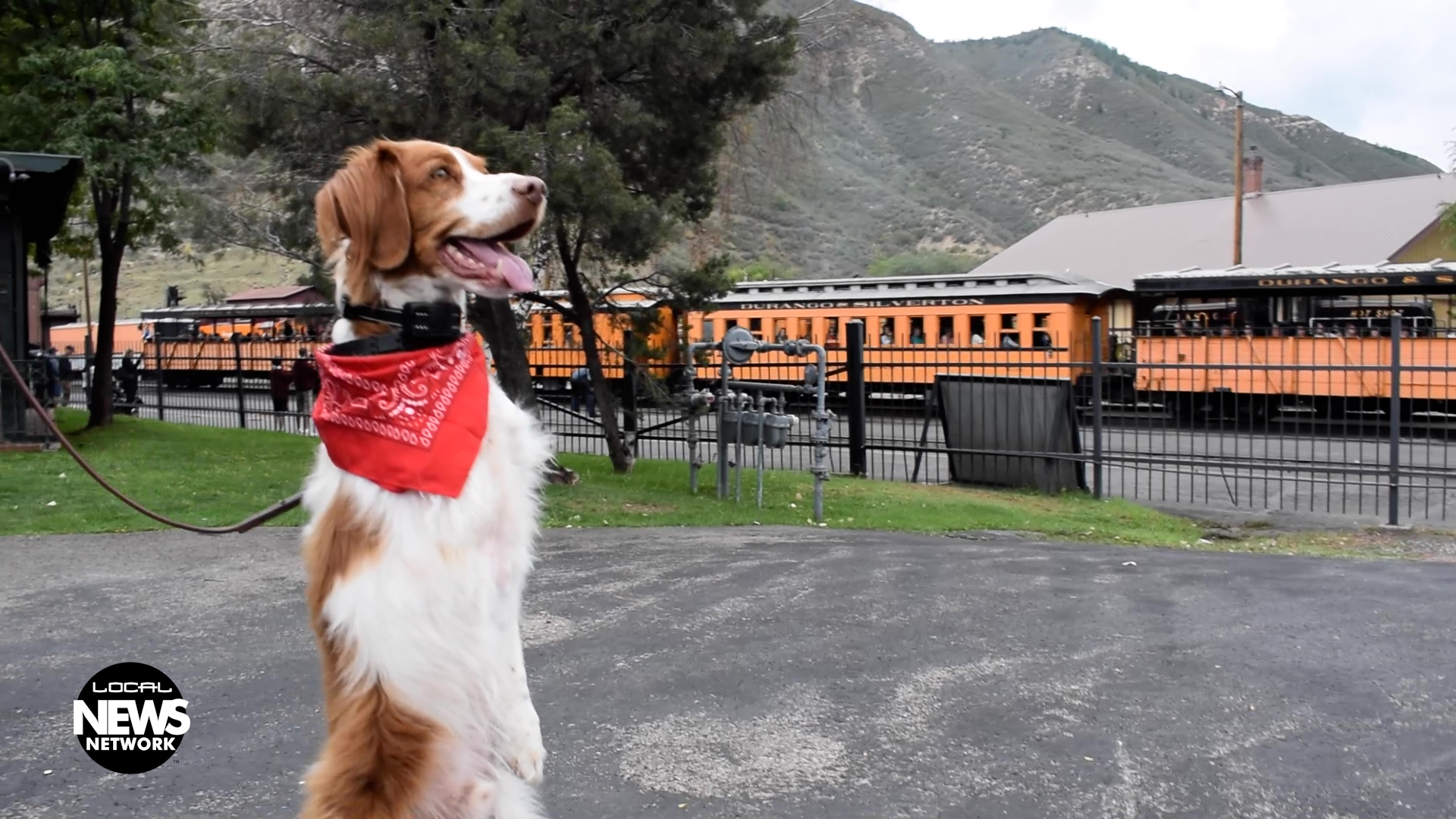 After an accident when Dexter Dog Ouray was a puppy left him with three legs, the industrious pup decided he wanted to get back to moving as fast as he could, by teaching himself to walk on his back legs. Living in Ouray, he has amassed a large fan base across the world through social media, and took a little jaunt down to Durango during the annual Cowboy Poetry Gathering to bring some light, laughter, and smiles to the town. This story is sponsored by the Payroll Department and Happy Pappy’s Pizza and Wings
October 12, 2022 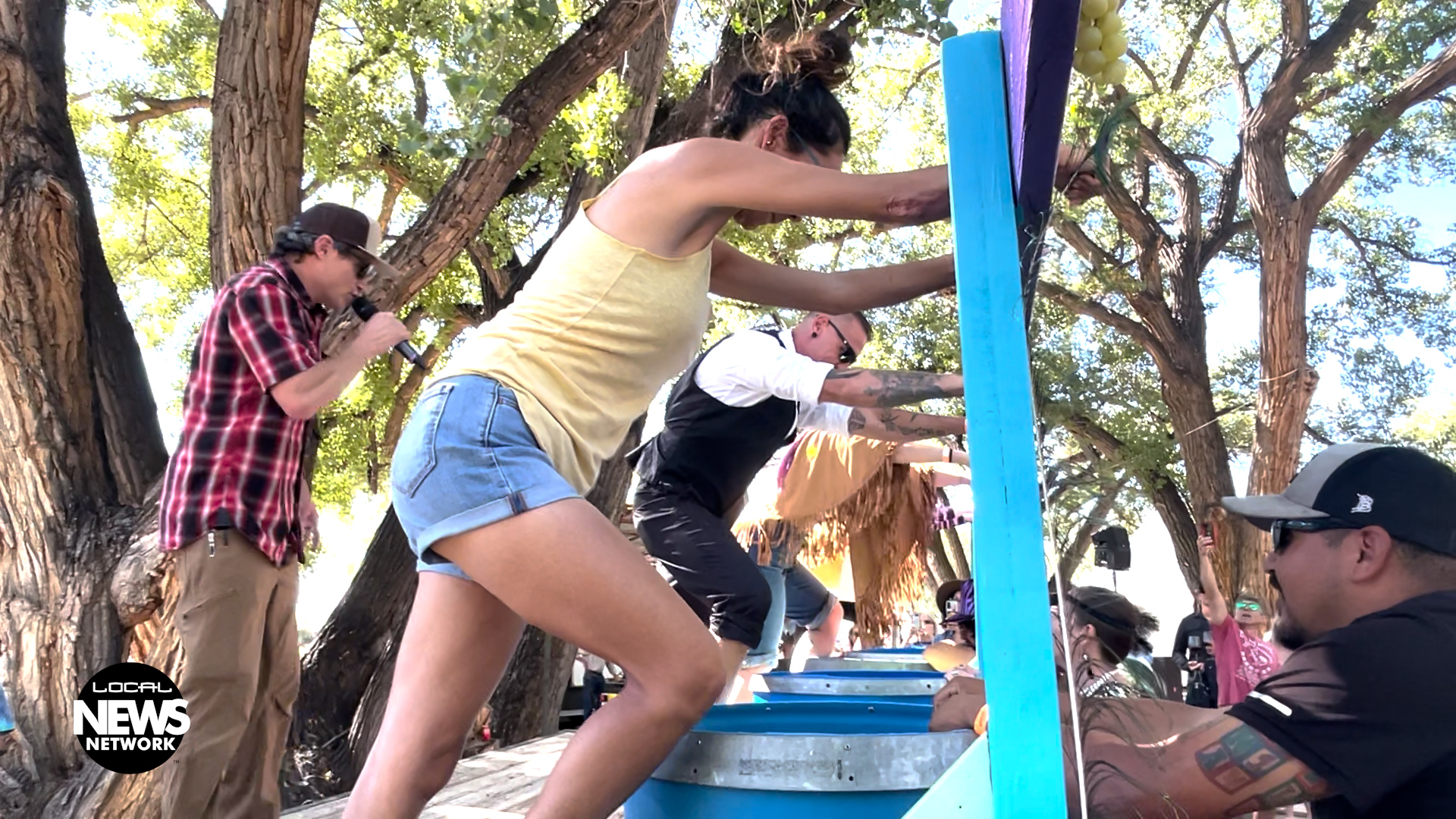 After ten tons of red and white grapes are picked, it’s time to party at Wines of the San Juan’s annual Harvest Festival. Visitors arrived by the thousands for the two-day event to enjoy wine, art, food, live music, and the celebrated Great Grape Stomp. By Donna K. Hewett. This story is sponsored by Service Master Restore and Boon’s Family Thai BBQ
October 12, 2022 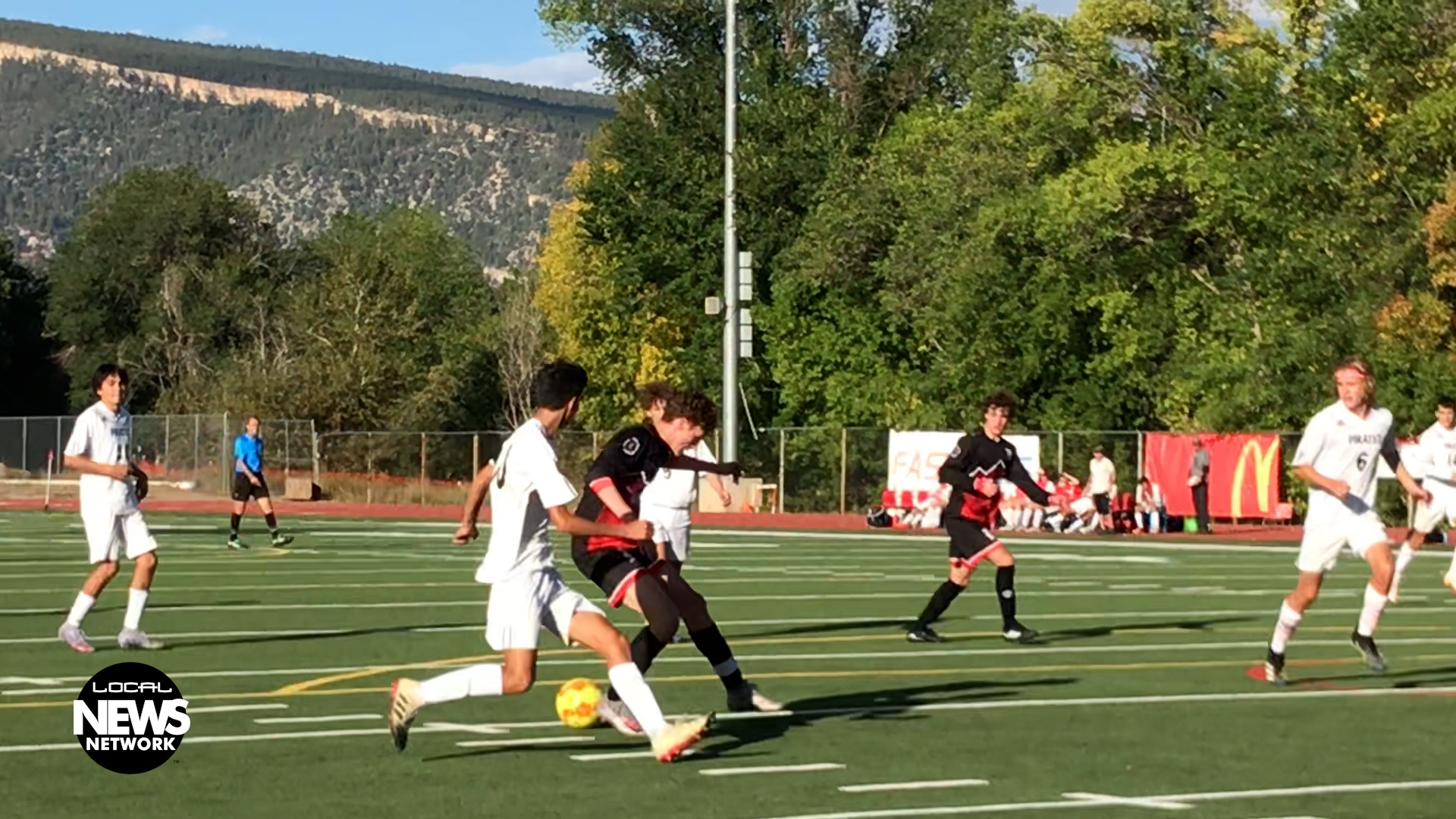 DHS Boys Soccer on a Roll

The Durango High School boys soccer team started this season undefeated, now prepares for stretch run as the region’s top team. The Colorado High School Activities Association has ranked DHS as one of Colorado’s top teams this season. This story is sponsored by Service Master Restore and 2180 Lighting & Design
October 12, 2022 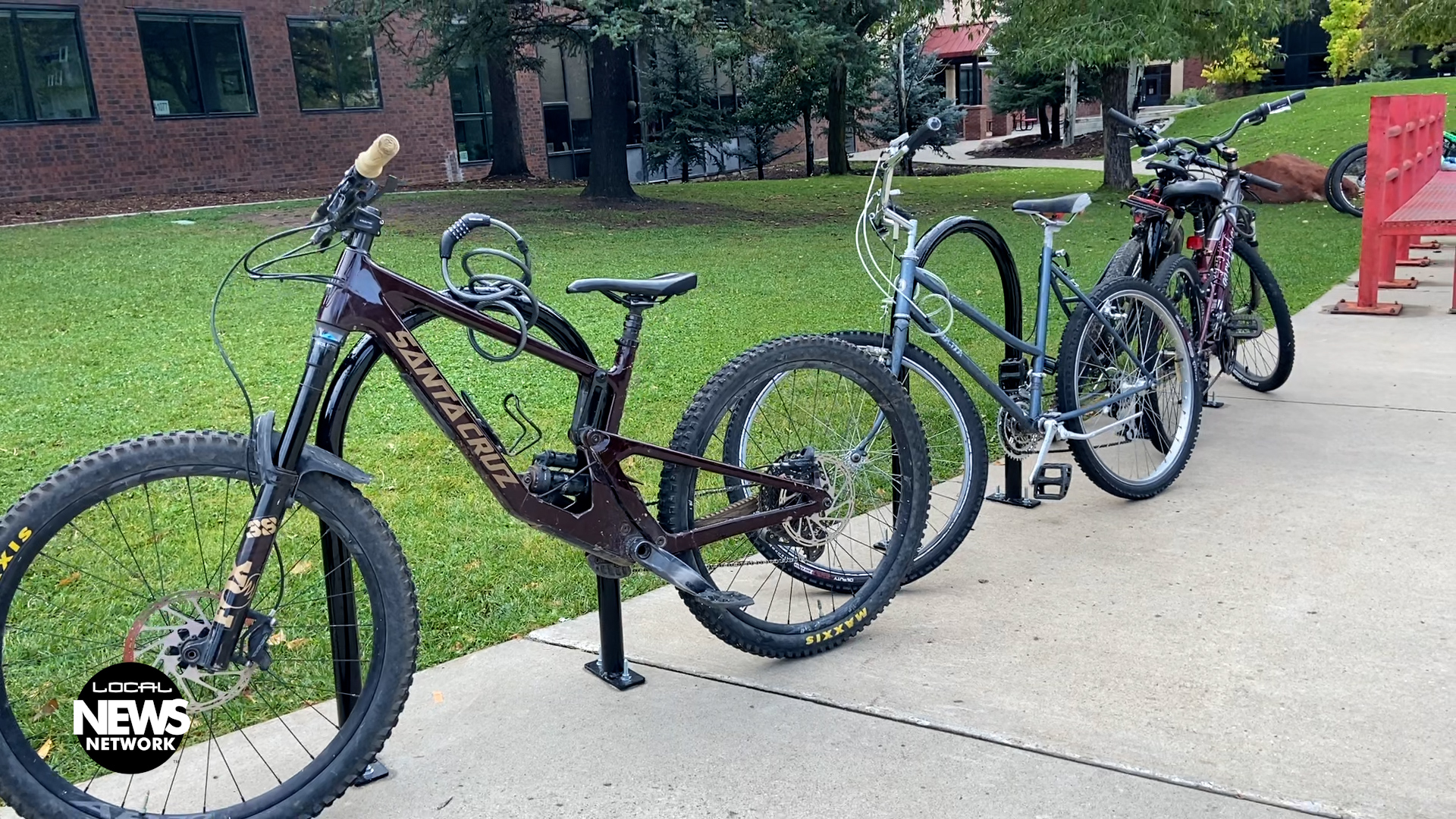 The City of Durango has announced the schedule for the fall clean-up, make sure your lawn debris is set out for clean-up. Early Bird pass deals for the Durango Independent Film Festival end at the end of the month, and the City of Durango won a grant from the Colorado Department of Public Health to increase the accessibility of secure bicycle parking around town. This story is sponsored by Kroeger Ace Hardware and TBK Bank
October 5, 2022 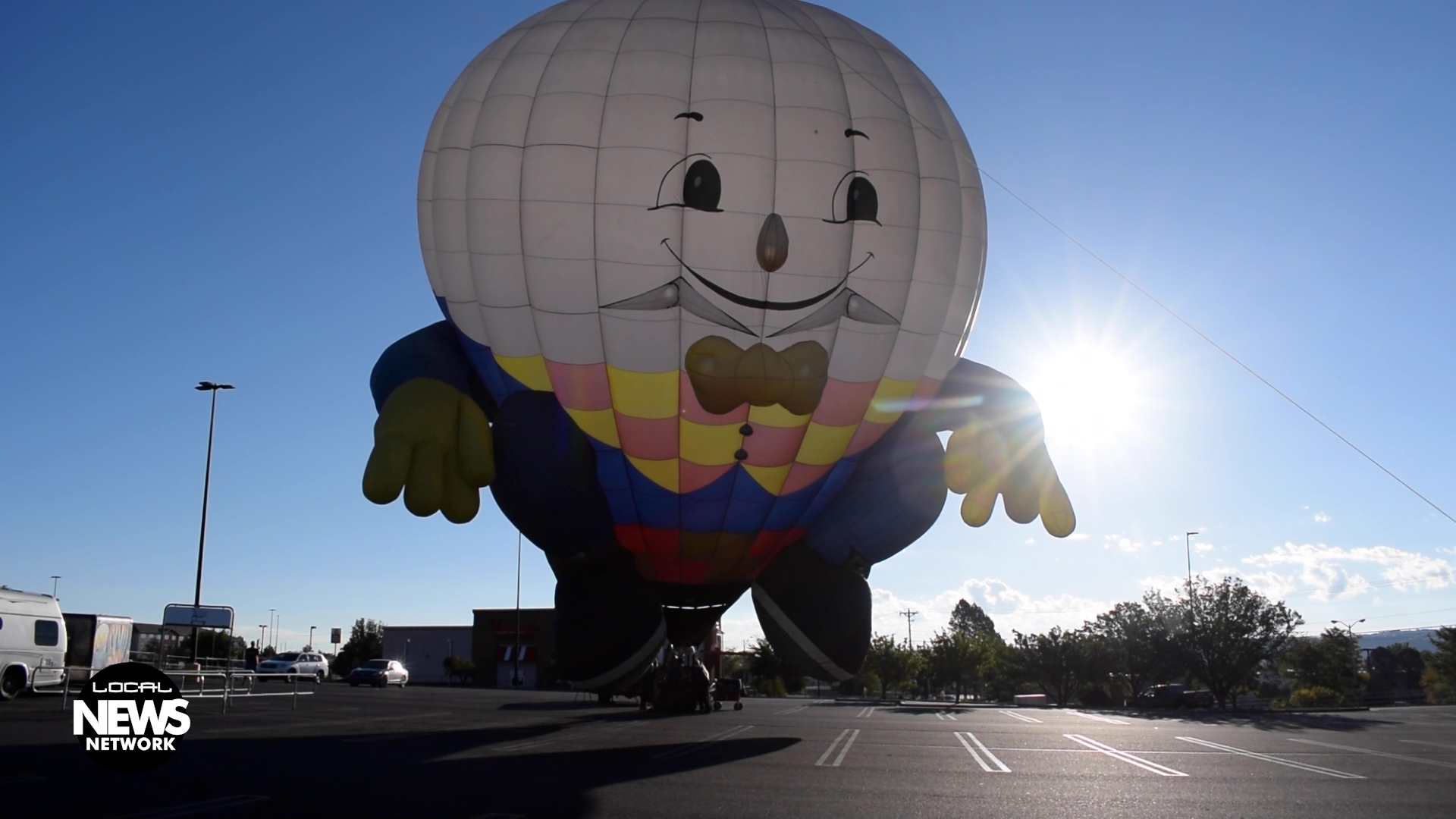 After over a decade, hot air balloons returned to the Farmington skies for the first annual Four Corners Balloon Rally, September 23rd - 25th. 18 balloons representing the Four Corners states managed mud and wind to jump-start what looks to be a yearly festival in Farmington. From candlestick balloon glows to actual flights, concerts and chilly mornings, the rally was deemed a success by organizers and participants alike. This story is sponsored by Traegers Bar and The Big Idea Makerspace at San Juan College
October 5, 2022 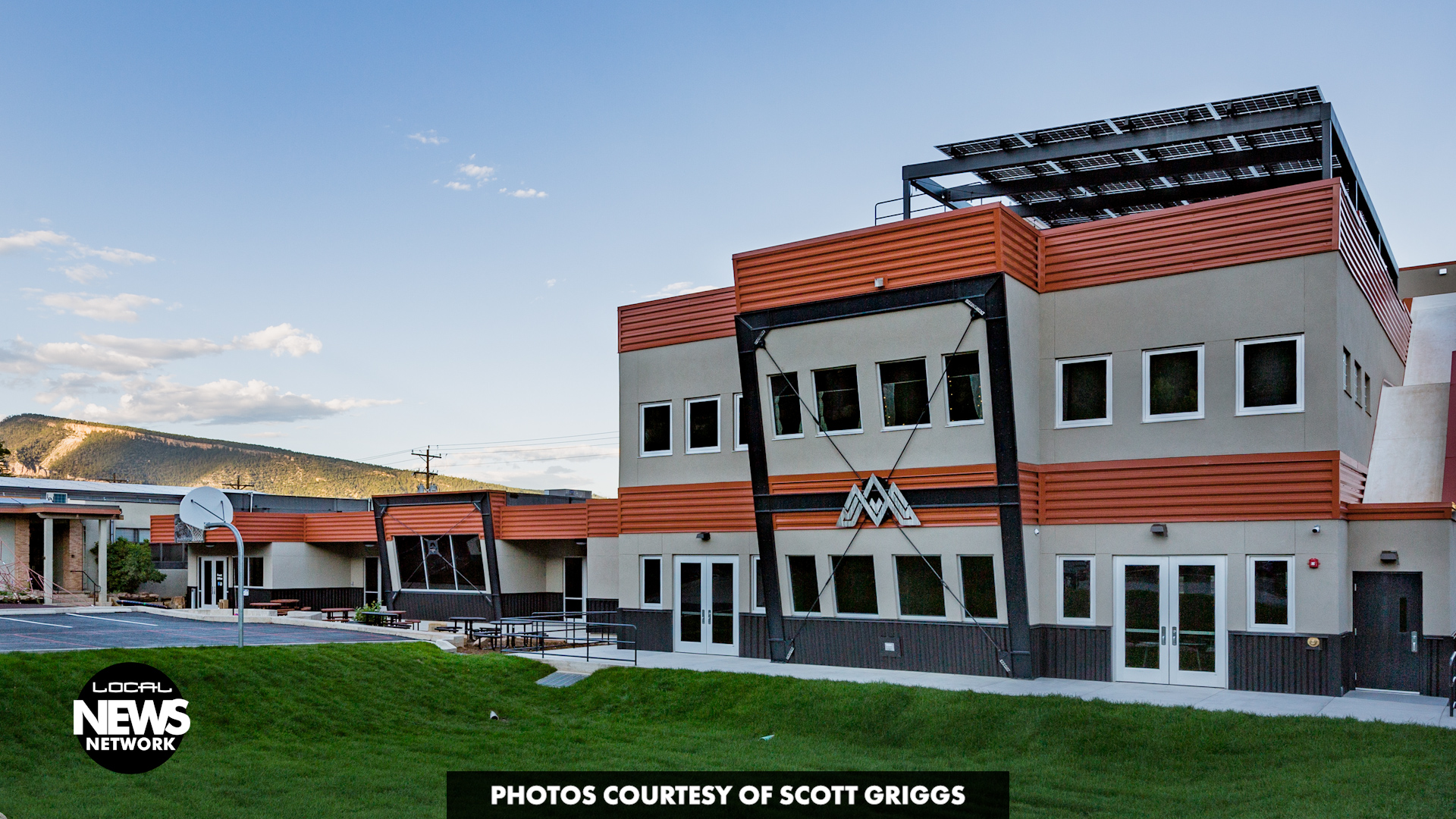 Bond Issue 4A provided a boost of funds for schools in Durango, including Mountain Middle School. Through funding provided in part by the bond, Mountain Middle School added an additional 12,000 square feet of classroom space - including an outdoor classroom, a digital Makerspace, and more. The new construction finished just in time to welcome the 300 students, staff, and teachers for the 2022-2023 school year. This story is sponsored by Serious Texas BBQ and 2180 Lighting and Design
October 4, 2022 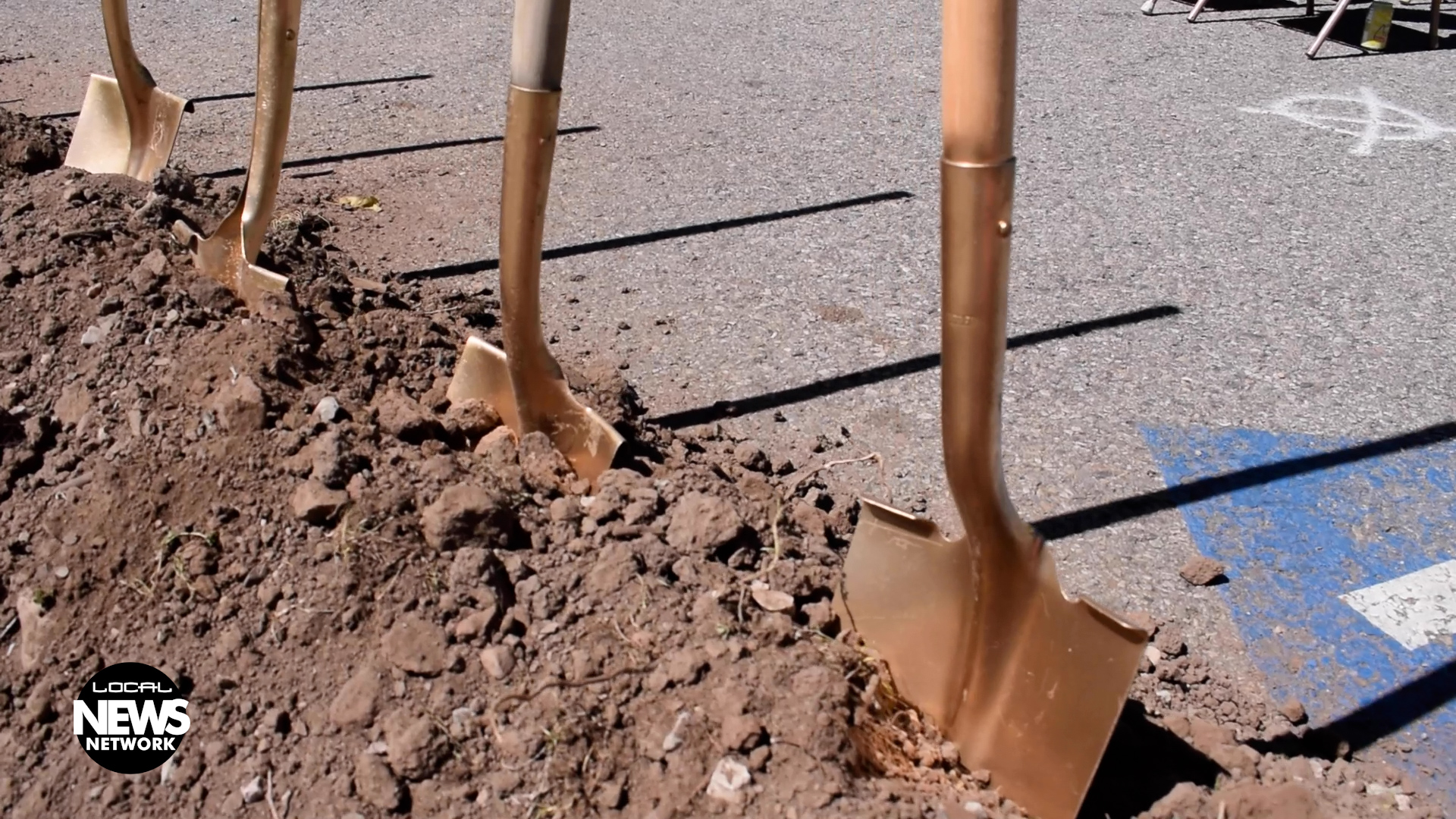 Durango High School announced the start of construction for the new IMPACT Career Center with a groundbreaking ceremony on September 19th. The new center will provide new space for career and technical exploration at the high school. The building, funded by Bond 4A funds, will provide new spaces for CTE classes, breakout spaces, and more. This story is sponsored by Kroegers Ace Hardware and The Norm Phillips Team, at Draper & Kramer Mortgage
October 5, 2022 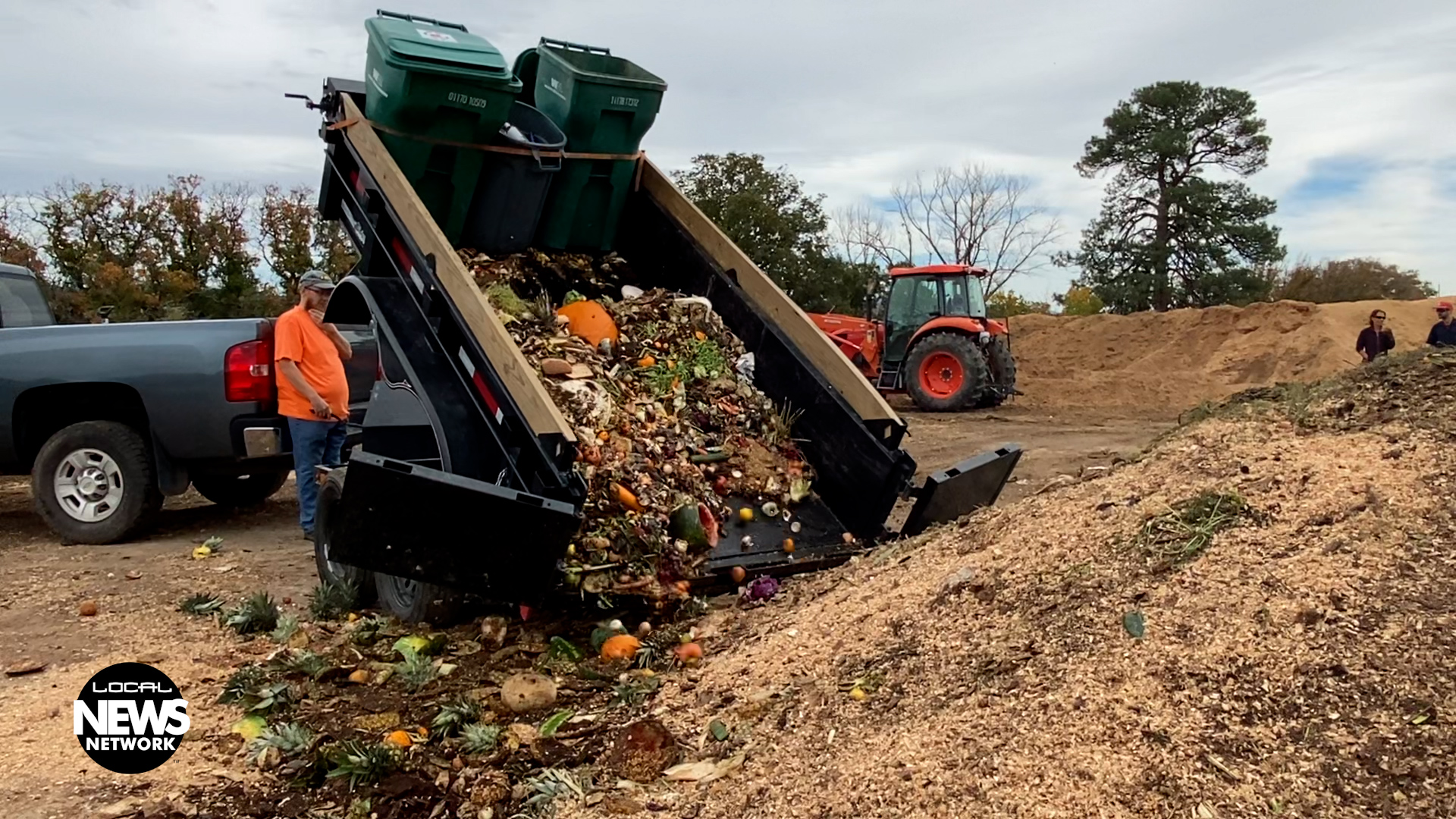 Dial-A-Ride, a part of RoadRunner transit, has announced expanded service areas to better serve rural La Plata Residents. Table to Farm Compost is offering three months of free compost service in exchange for filling out a short survey, and LPEA is looking for area builders to partner with. Watch this story again and more at www.durangolocal.news/newsstories/dial-a-ride-expands-service-fall-balloon-glows. This story is sponsored by Tafoya & Barrett & Associates and the Man Cave Barber
October 5, 2022 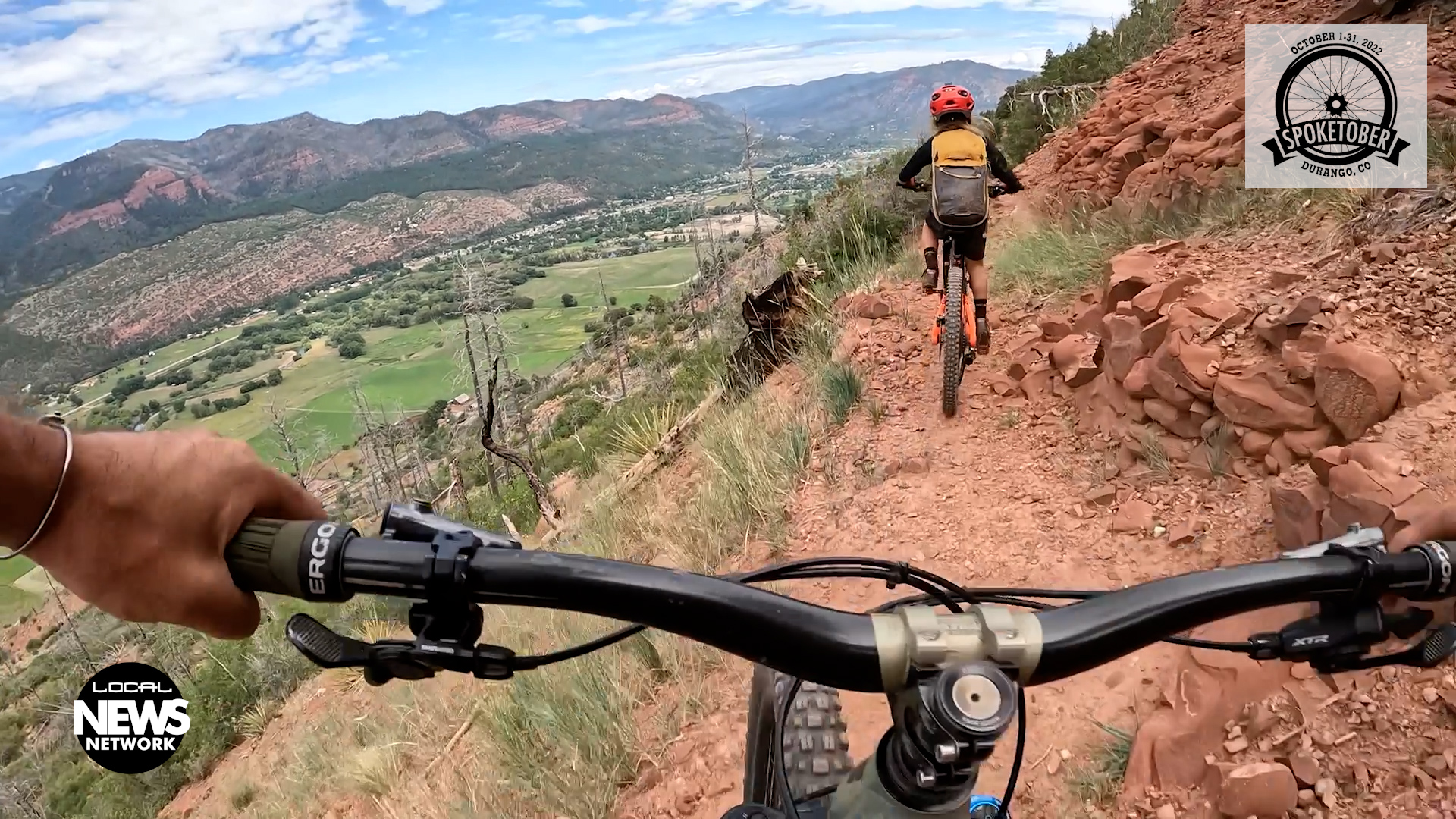 Get ready to celebrate all things bicycle with the inaugural Spoketober celebration, a month-long series of citizens tours, jump-jamming, and more that highlights Durango's reputation as a top cycling destination in the nation. This story is sponsored by Ute Mountain Casino Hotel and the law firm of Downs, McDonough, Cowan and Foley
October 5, 2022 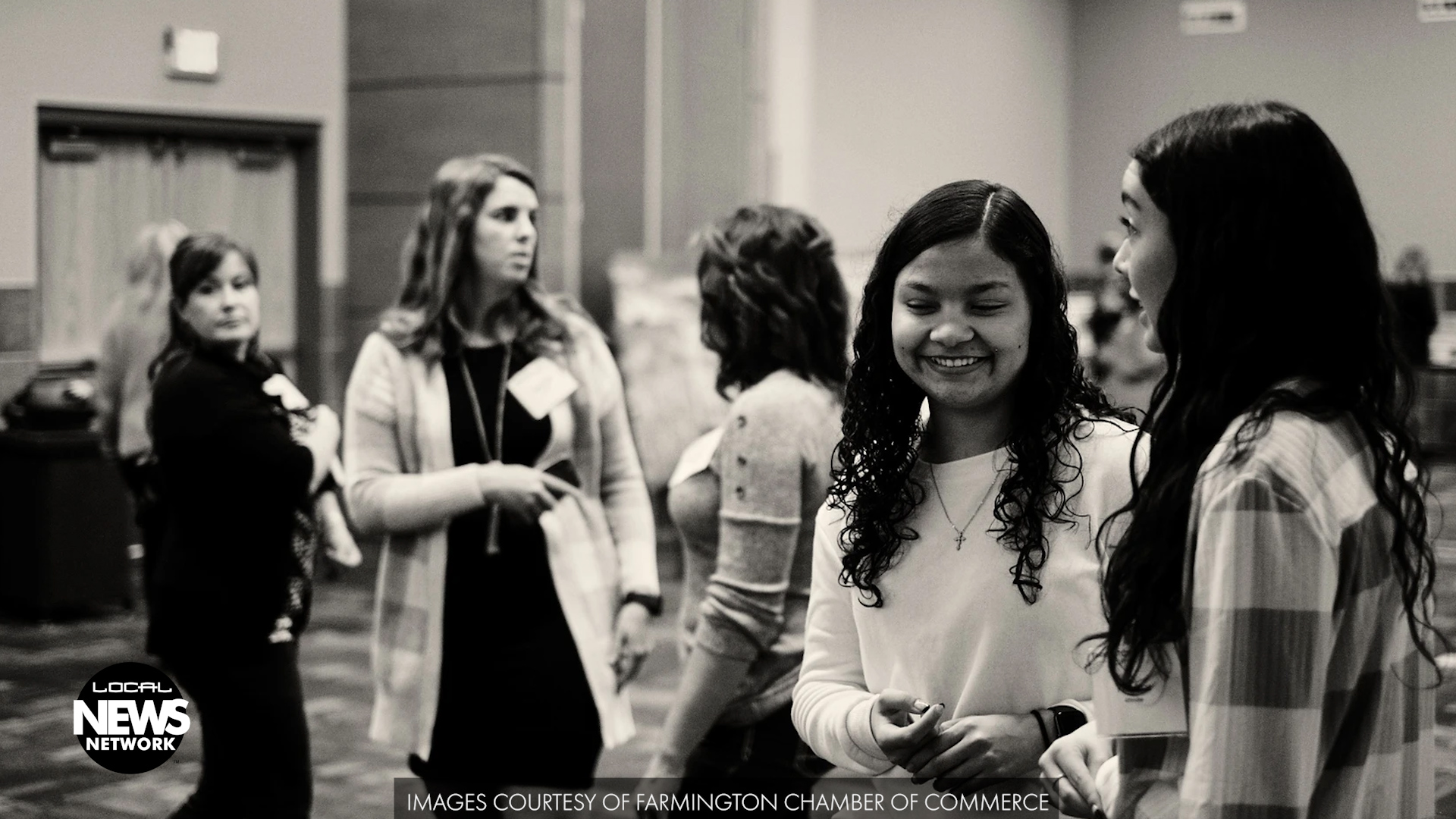 The Four Corners Professional Women’s Summit returns for its fourth year with a new theme: Reinventing Yourself. The Summit, a conference for and by women in the four corners region, is a unique opportunity for professional networking and relationship-building. The theme for this year is purposefully open - allowing every attendee to choose their own definition of what it means to reinvent themselves. This story is sponsored by Ace Hardware of Farmington and Boon's Family Thai Barbecue
September 23, 2022 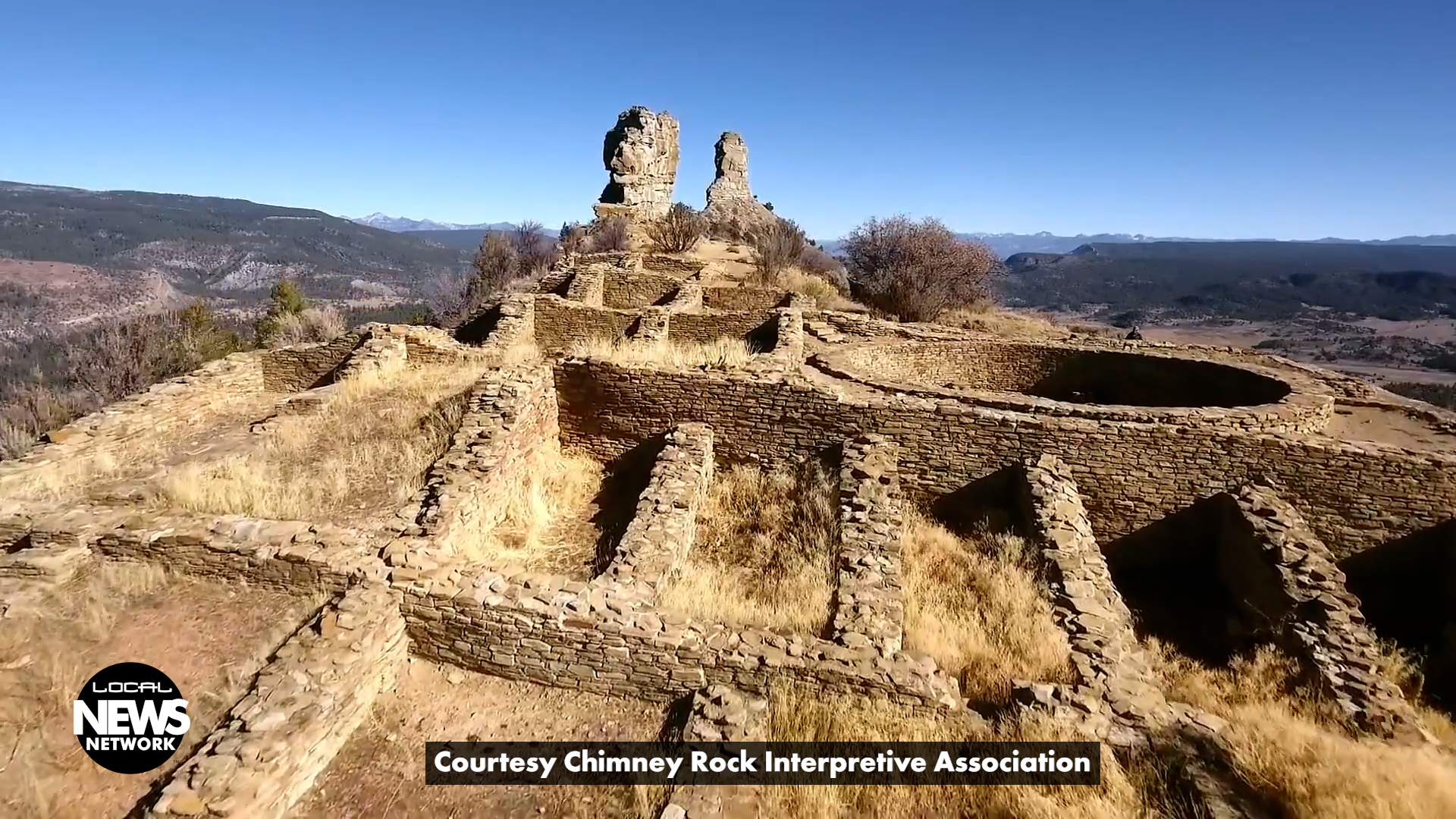 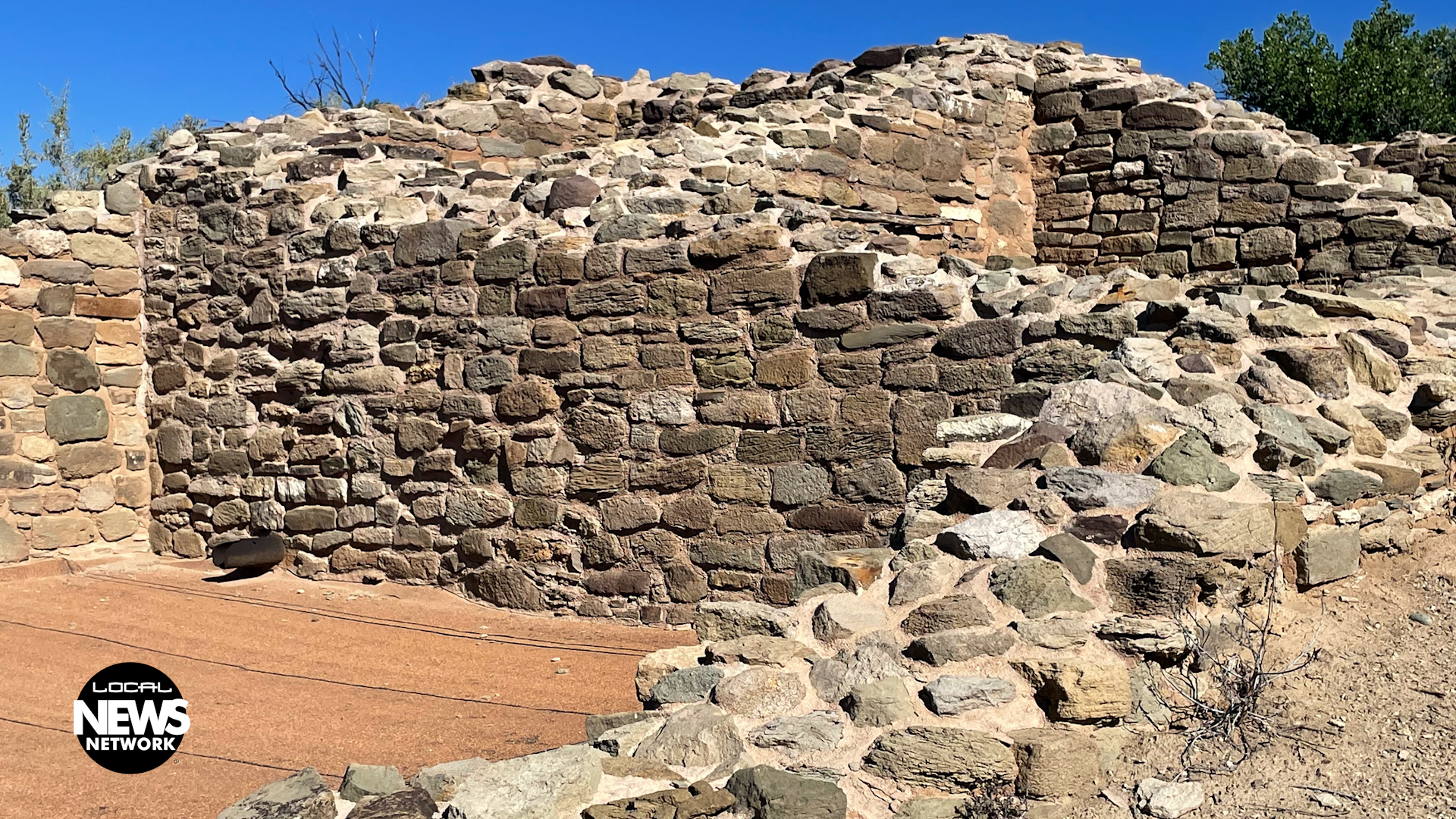 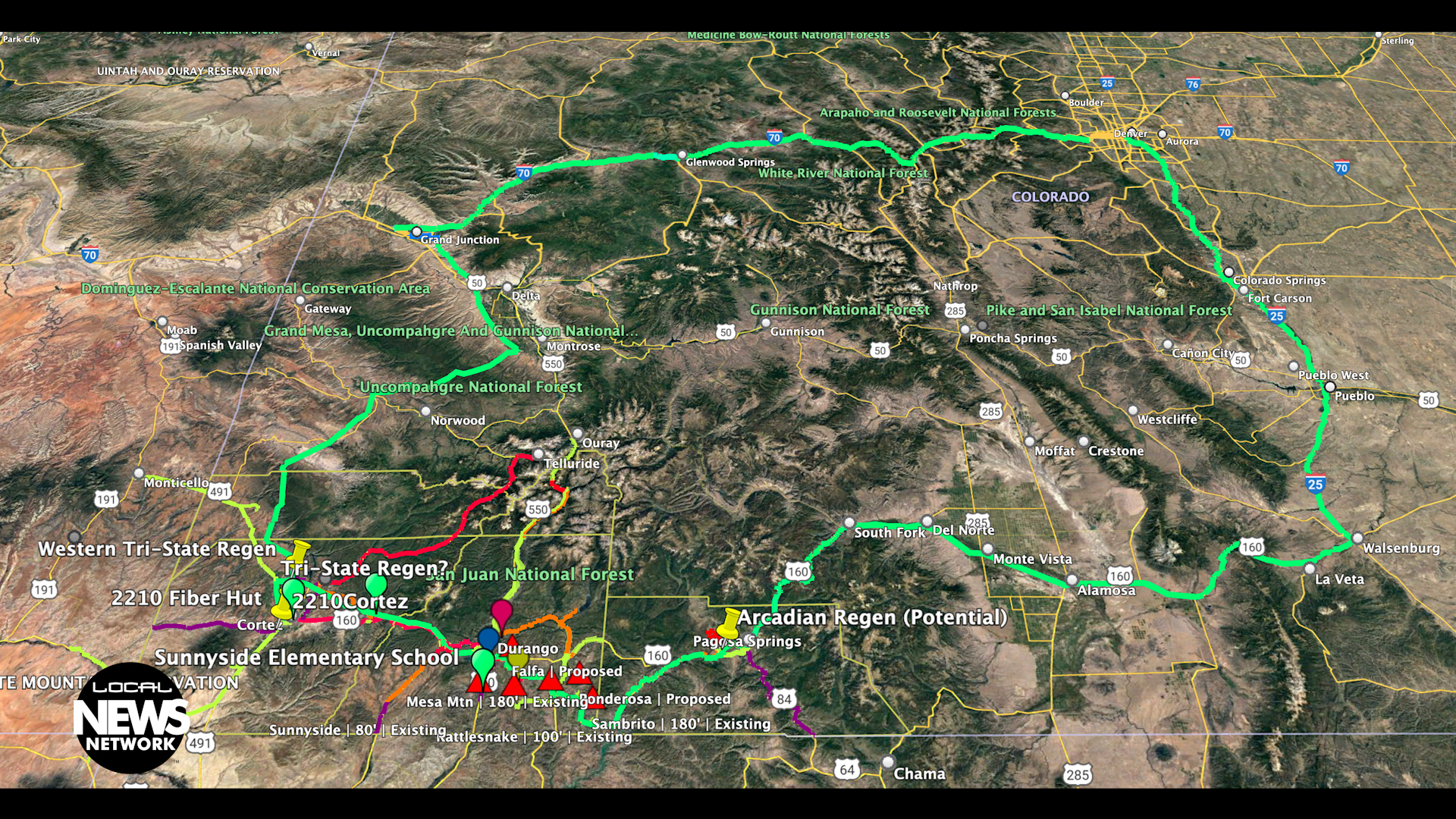 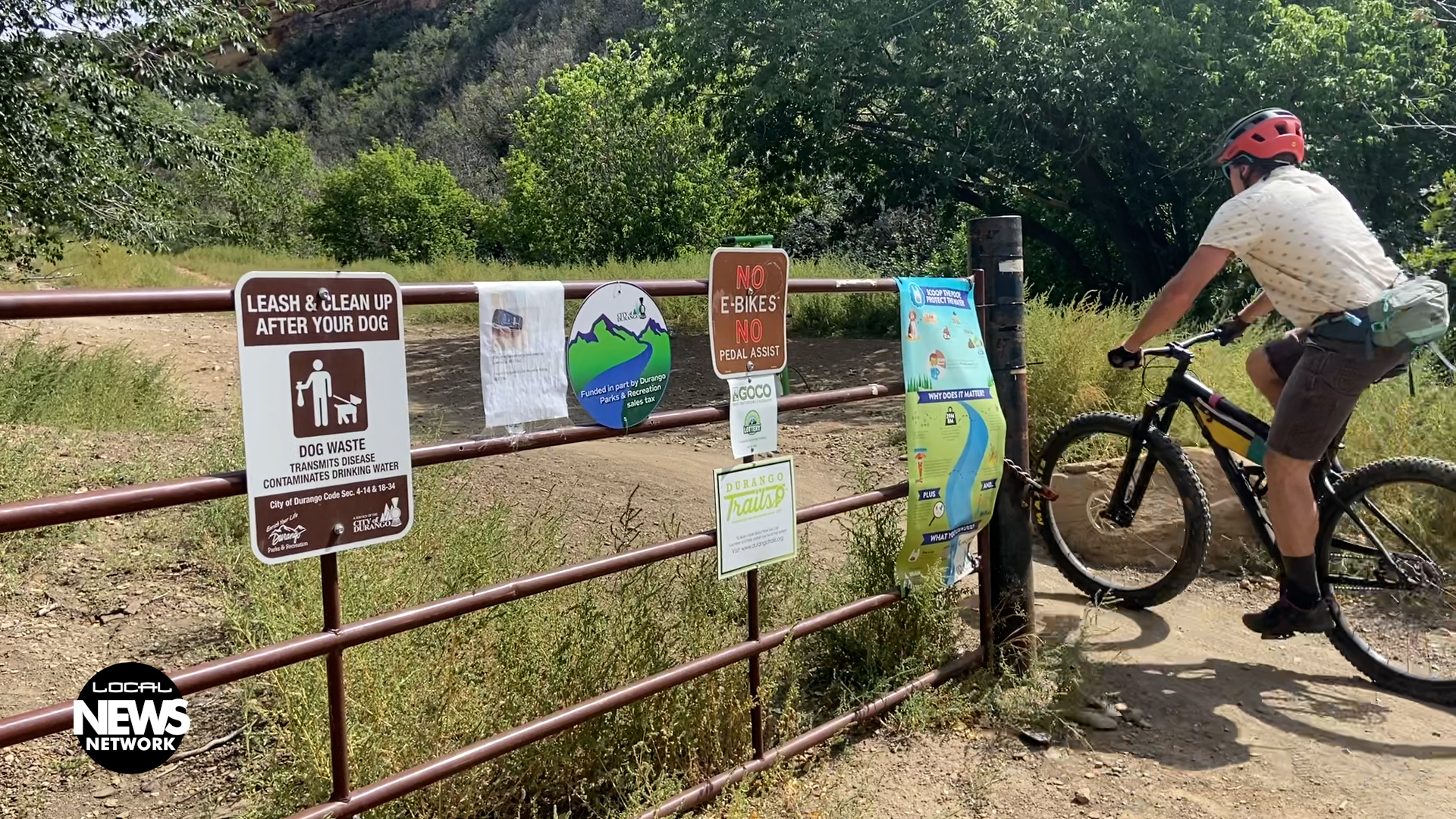 The City of Durango will pursue amendments to Horse Gulch open space easements to provide limited access to e-bikes, but the research required could take more than a year. In the meantime, lace up your hiking boots for guided tours to rarely visited sites in Canyons of the Ancients this fall. This story is sponsored by Tafoya Barrett & Associates and the Man Cave Barber
Previous
Next