Colorado waterways are free of the prolific – and damaging – quagga and zebra mussels, and Colorado Parks and Wildlife wants to keep it that way with continued boat inspections and the boating public's cooperation. Sponsored by The Payroll Department and Big-O Tires.

They're no larger than a thumbnail but the quagga and zebra mussels are among the most damaging aquatic species to infest North American waterways. Fortunately, Colorado waters are free of the prolific bivalves and Colorado Parks and Wildlife wants to keep it that way as boating season opens. You're watching "The Local News Network," brought to you by The Payroll Department and Big O Tires in Cortez. I'm Wendy Graham Settle. Quagga mussels and their zebra mussel cousins have invaded waterways, damaged irrigation infrastructure, and devastated ecosystems in almost every state surrounding Colorado, including Durango haunts like Lake Powell. But so far, Colorado waters are free of the invasive species.

All of Colorado is free of any evidence of quagga or zebra mussel infestations, which is really good news. That's a tribute to a program CPW, Colorado Parks and Wildlife has had for about 10 years to really do a lot of inspections at waters all over the state.

All motor boats and sailboats that launch on Colorado lakes first must be inspected for evidence of mussel contamination. If inspectors find evidence of infestation, boats must be decontaminated with a high pressure jet that sprays a stream of 140 degree water at 3,000 pounds per square inch. When boats come out of the water, they're inspected to ensure that boats are clean, drained, dried and muscle free. For those that pass inspection after returning from the water, inspectors will attach a tag to the boat and trailer. Tagged boats will undergo a shorter inspection upon return to the launch ramp. Boats with standing water, ballast tanks or those that have come from out of state during the previous 30 days will undergo a more thorough inspection. Since the aquatic nuisance species inspections started in 2008, more than five and a half million boats have been inspected and 144,000 boats have been decontaminated, statewide. Last year as the pandemic started and most public venues were closed, boating launches increased by more than 55% on area lakes where motorboats and sailboats are allowed. Navajo Lake saw the greatest jump in use with an 86% increase in boat inspections compared with 2019. Vallecito experienced a 46% jump while McPhee saw a 34% increase and Nighthorse a 16% increase compared with the previous year. The numbers reflect both before and after boat launch inspections. Lewandowski urges the boating public to cooperate with authorities to ensure that Colorado waters remained free of the pesky critters and lakes remain open to boating.

We've been very aggressive with it because the reservoirs are mainly for supplying agriculture and they actually own the water. So, if they see an infestation, if they're worried those agricultural producers, the water owners, could say, "We're not going to have any more recreation "on lakes in Colorado, "because that's the only way these mussels can get in here." So that's why we're really pretty hard nosed about it. The good news is that people have been very cooperative over the years. We have had very few problems with people trying to sneak in or anything like that.

Boat ramps and inspection stations are open at Navajo Lake and Lake Nighthorse. The McPhee boat ramp opens on April 17th, and Vallecito Reservoir's season is expected to start on May 1st. For more information about boating and inspections, visit the Colorado Parks and Wildlife website at cpw.state.co.us. Thanks for watching this edition of "The Local News Network" covering Montezuma, La Plata, Archuleta and San Miguel Counties in Colorado and San Juan County in New Mexico. I'm Wendy Graham Settle. 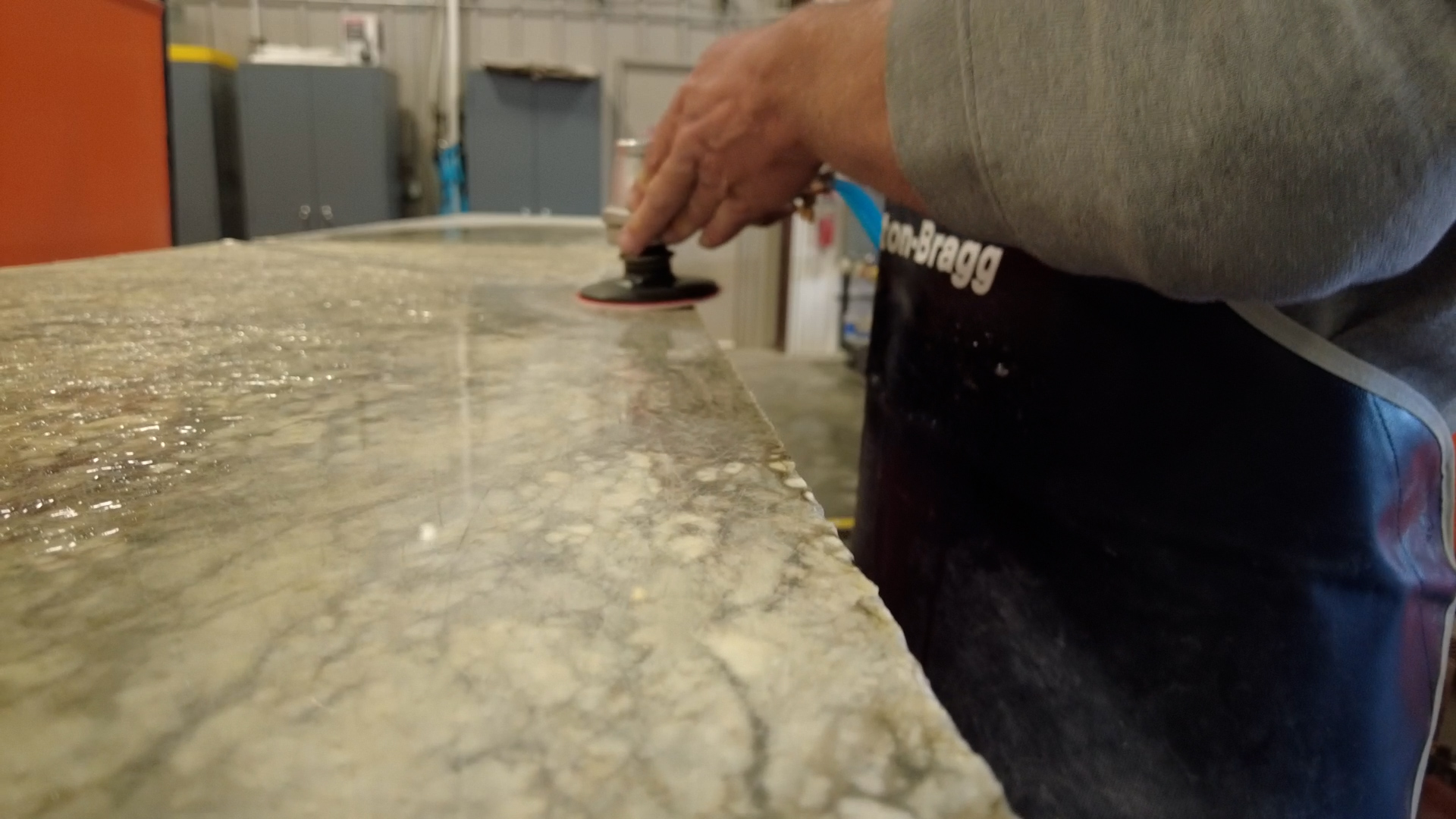 Paul and Jackie Beasley purchased Tile Art & Light Art about 10 years ago with a fledgling workshop where the former owners had just started manufacturing quartz, quartzite and marble slabs into custom countertops. Now, it's a mainstay of their business, and they recently moved to an expanded shop in Three Springs. Sponsored by The Payroll Department and Kroegers Ace Hardware
April 6, 2021 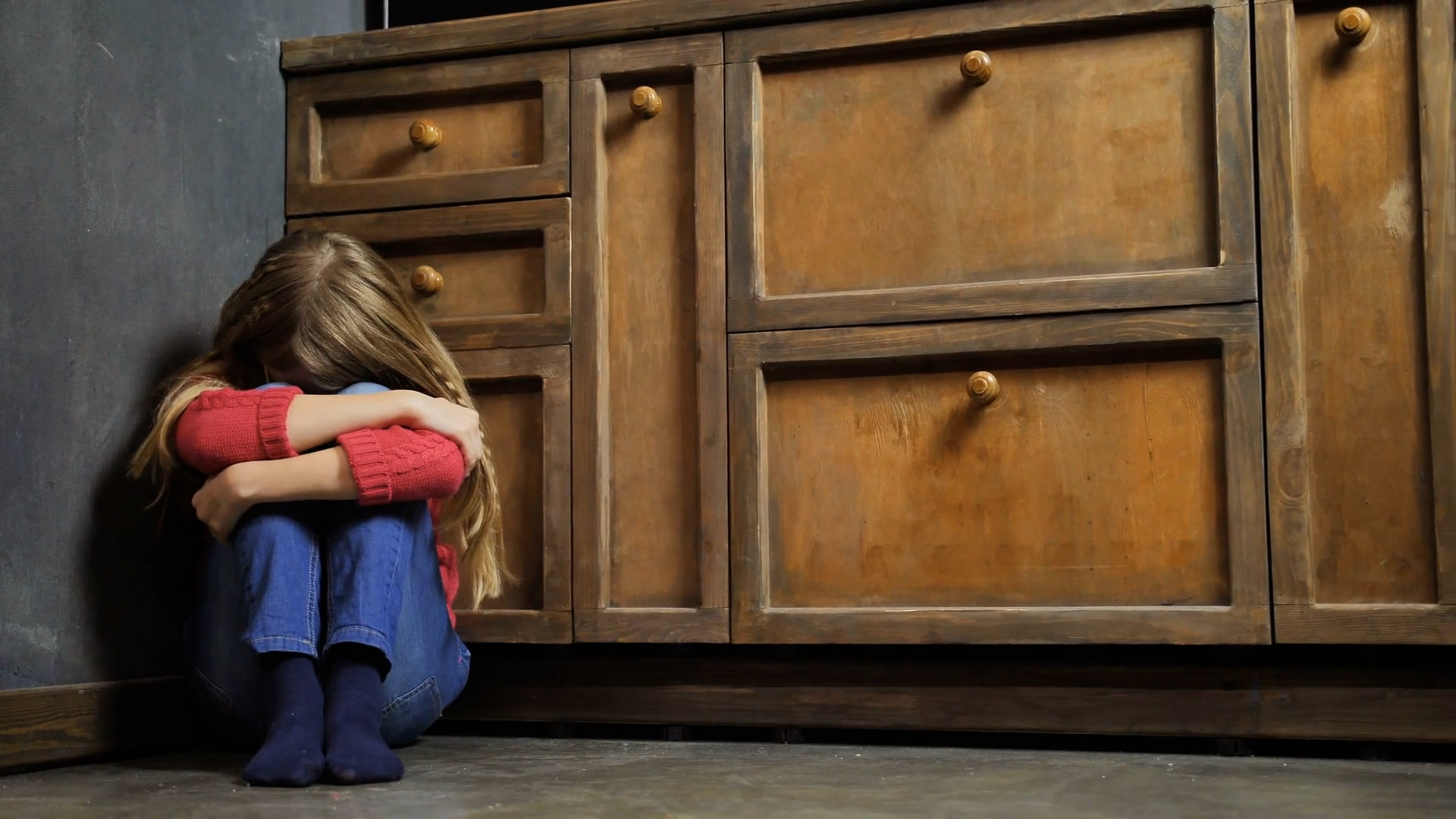 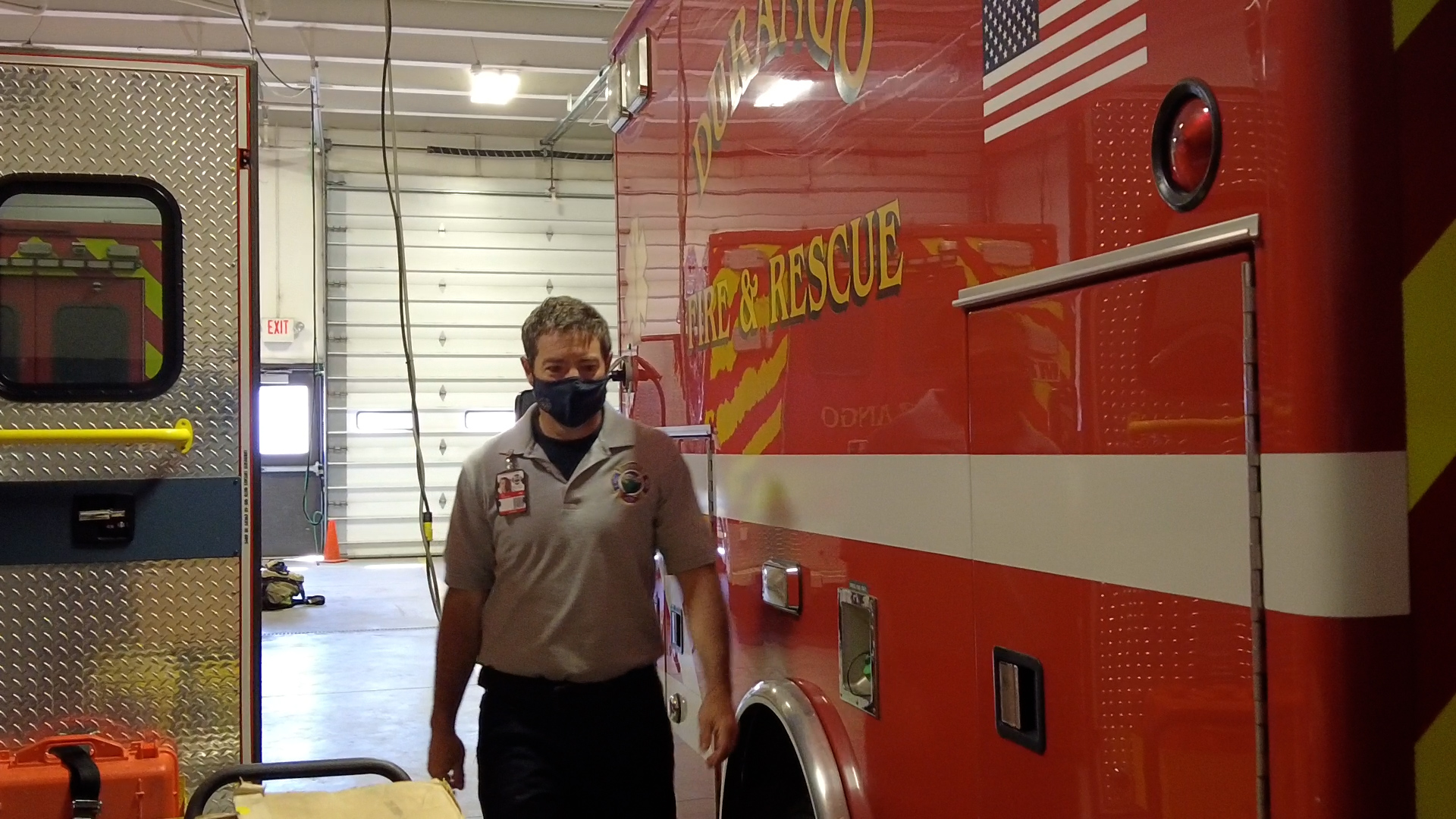 New Training Facility is a “Game-Changer” For Fire Department

As a Durango Fire Protection District captain, Jim Anderson is in charge of coordinating training sessions for his crews, and he says the new training facility next to the fire station in Bodo will be a game-changer for the men and women who respond to medical and fire emergencies in our community. Sponsored by Bank of the San Juans
April 5, 2021 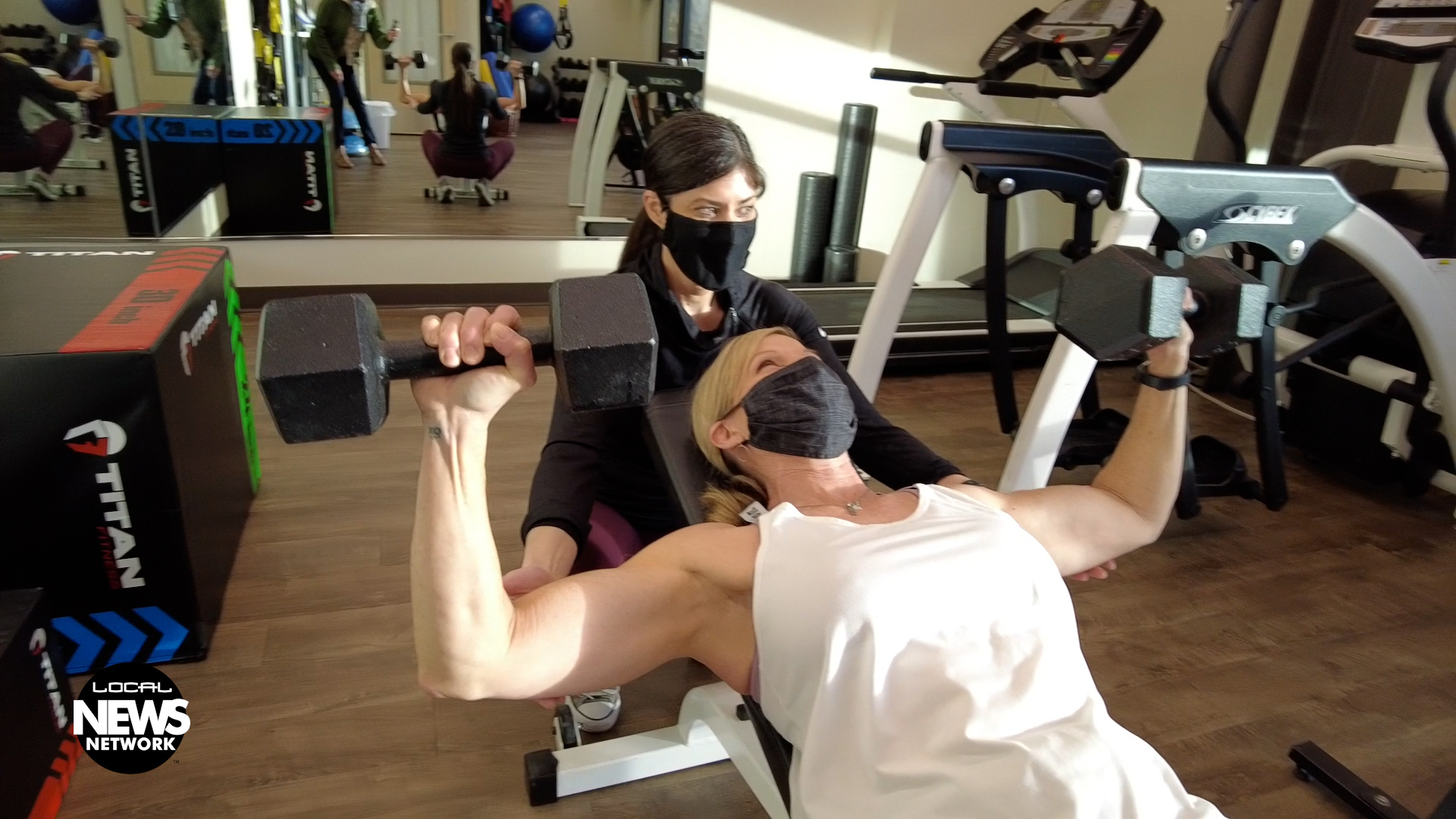 Durango psychologist Stacy Reuille-Dupont knows that mind and emotions affect physical health, and physical health contributes to emotional well-being. But getting clients to incorporate both was a challenge. That's why she opened Studio B. Sponsored by 2180 Lighting and Design Studio and Serious Texas BBQ
April 6, 2021 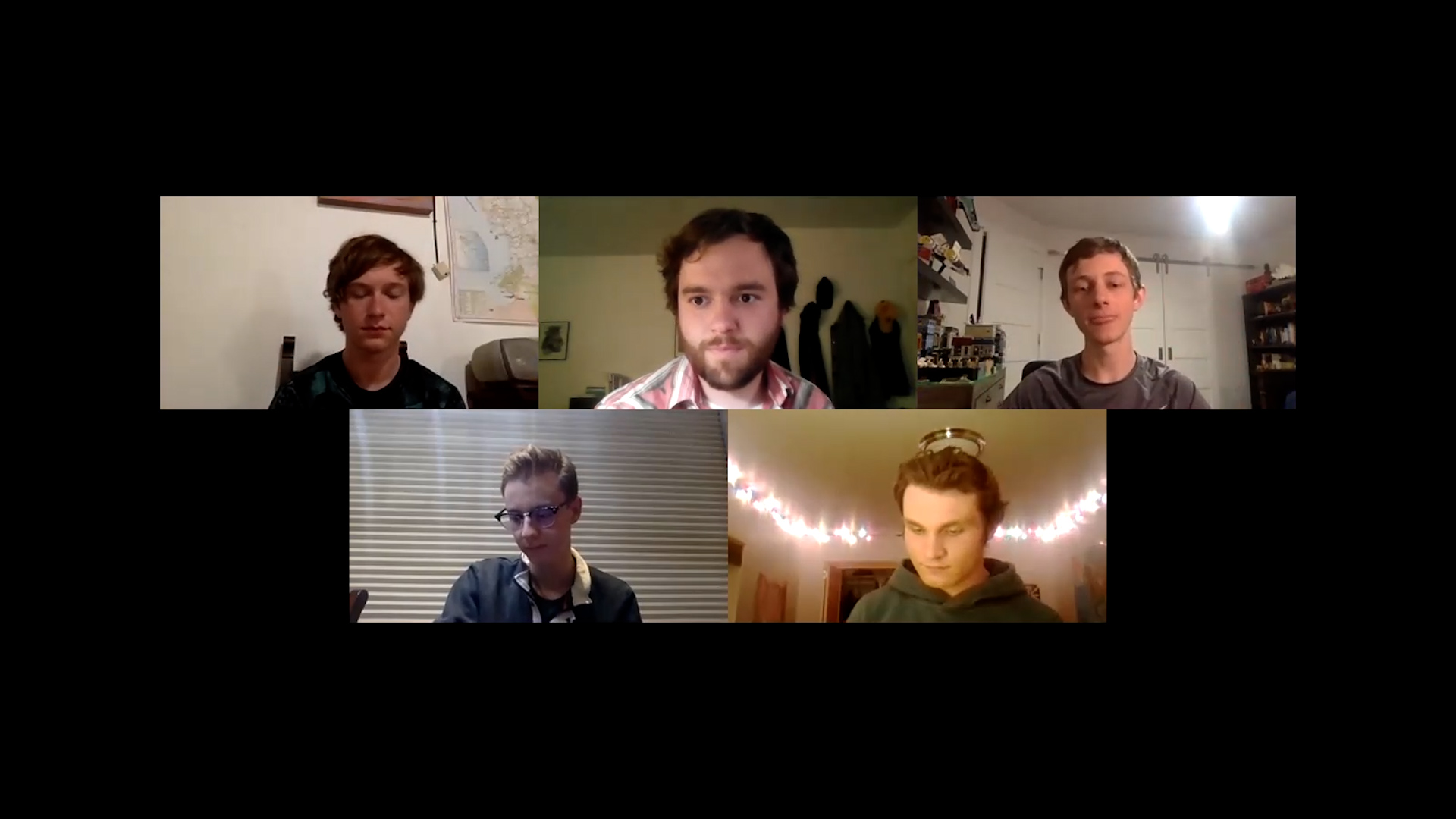 Sometimes you can find the silver lining behind the dark cloud of the pandemic. The Demon Debate Team certainly did. When COVID travel restrictions forced all the tournaments onto Zoom, the Demons could participate without travel expenses, and five of the 11 team members qualified for the national tournament in June.
April 2, 2021 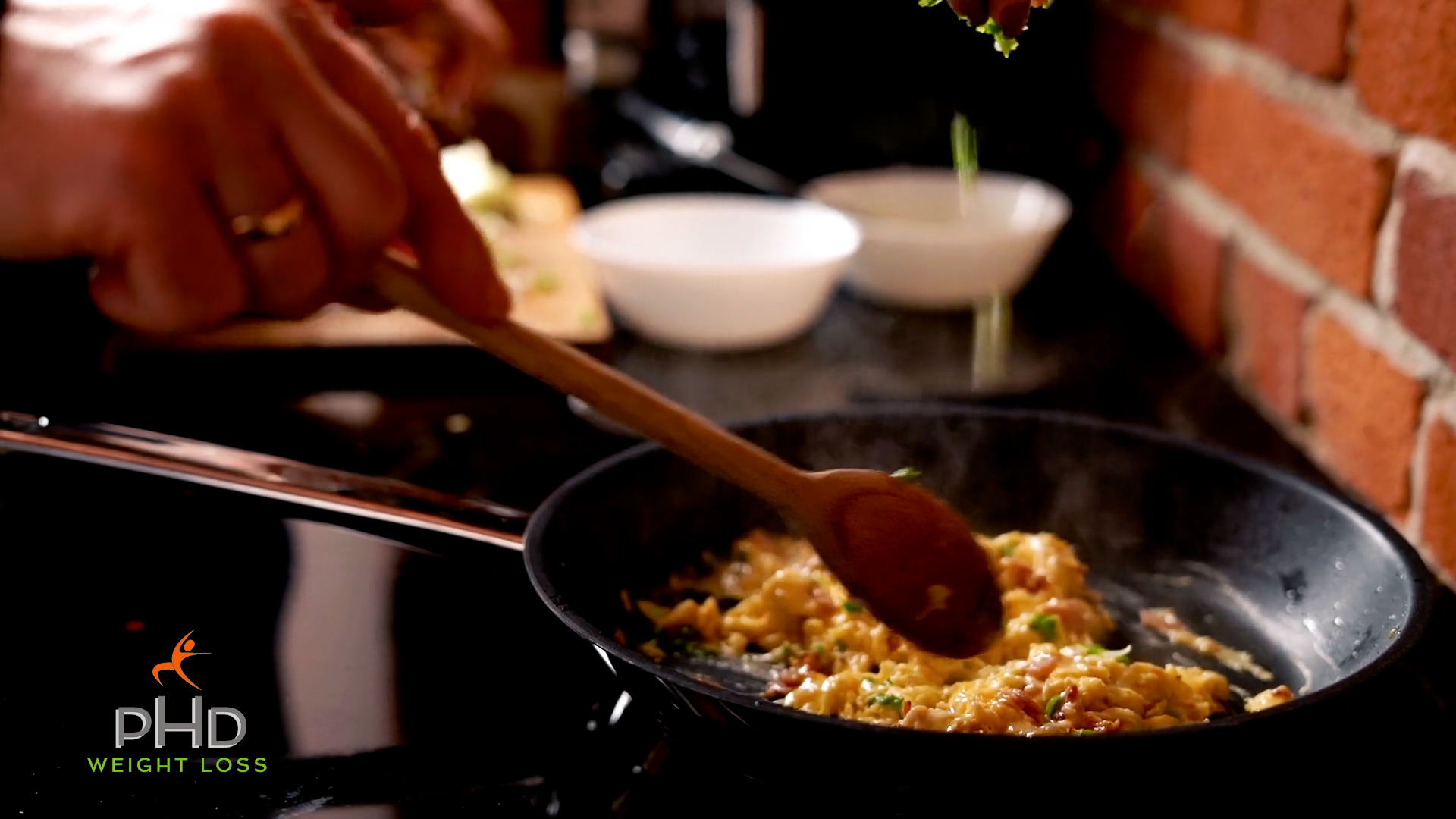 Healthy Living: What to Eat for Breakfast

The old saying goes that breakfast is the most important meal of the day. Well, that's not necessarily true, but if breakfast is a necessary start to your day, PHD Weight Loss Founder Ashley Lucas advises you to avoid cereal and cold milk, bagels, and other high carb foods to keep your energy going.
April 1, 2021 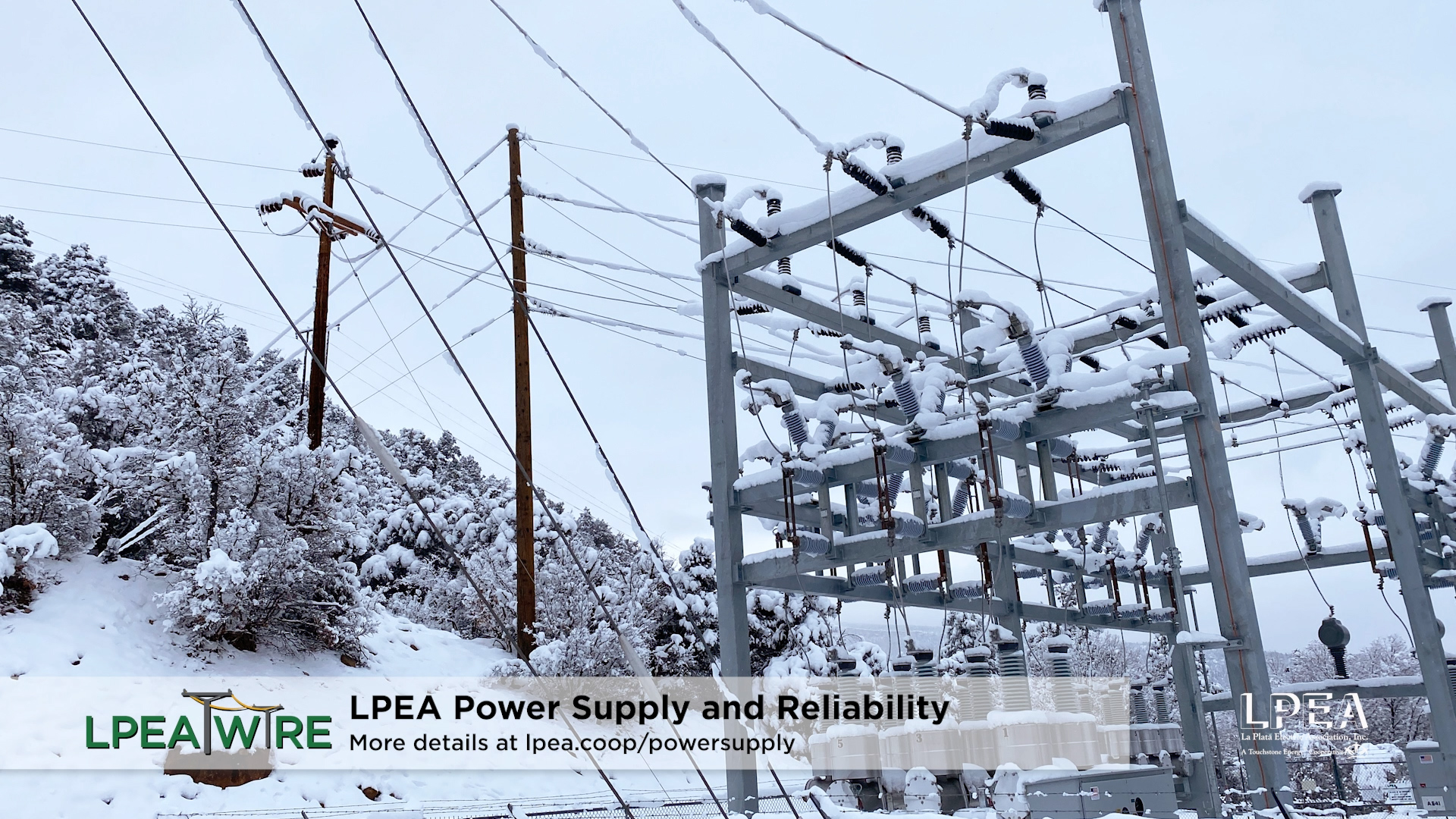 In this edition of #LPEAwire, LPEA CEO Jessica Matlock answers some of your questions on LPEA's power supply, power reliability, and power costs, in the wake of the rolling blackouts in Texas.
March 31, 2021 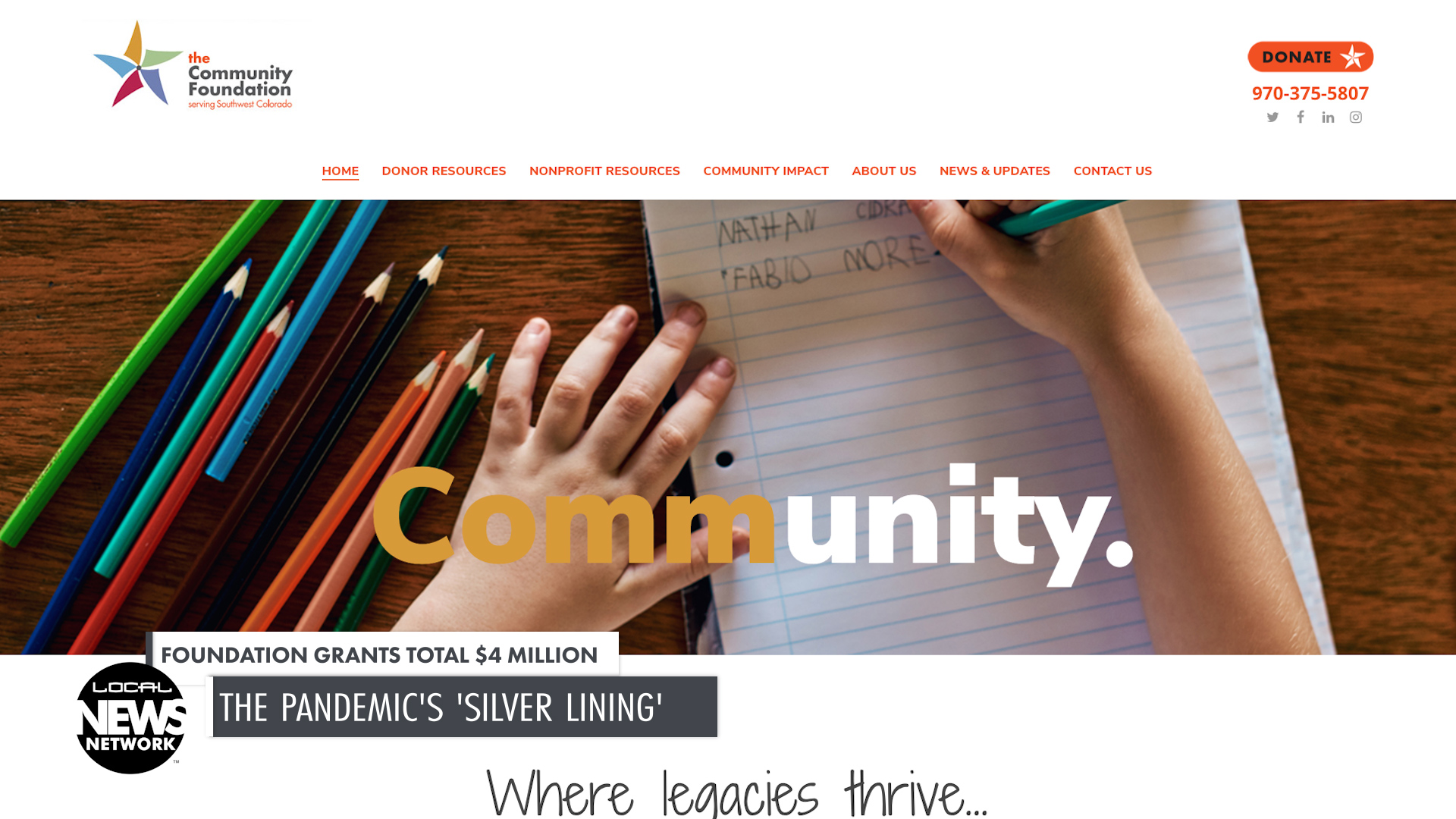 Donations to a Southwest Colorado Foundation More Than Double During Pandemic

The Community Foundation Serving Southwest Colorado experienced unprecedented support from donors in 2020 in response to the needs that arose during the pandemic.
March 29, 2021 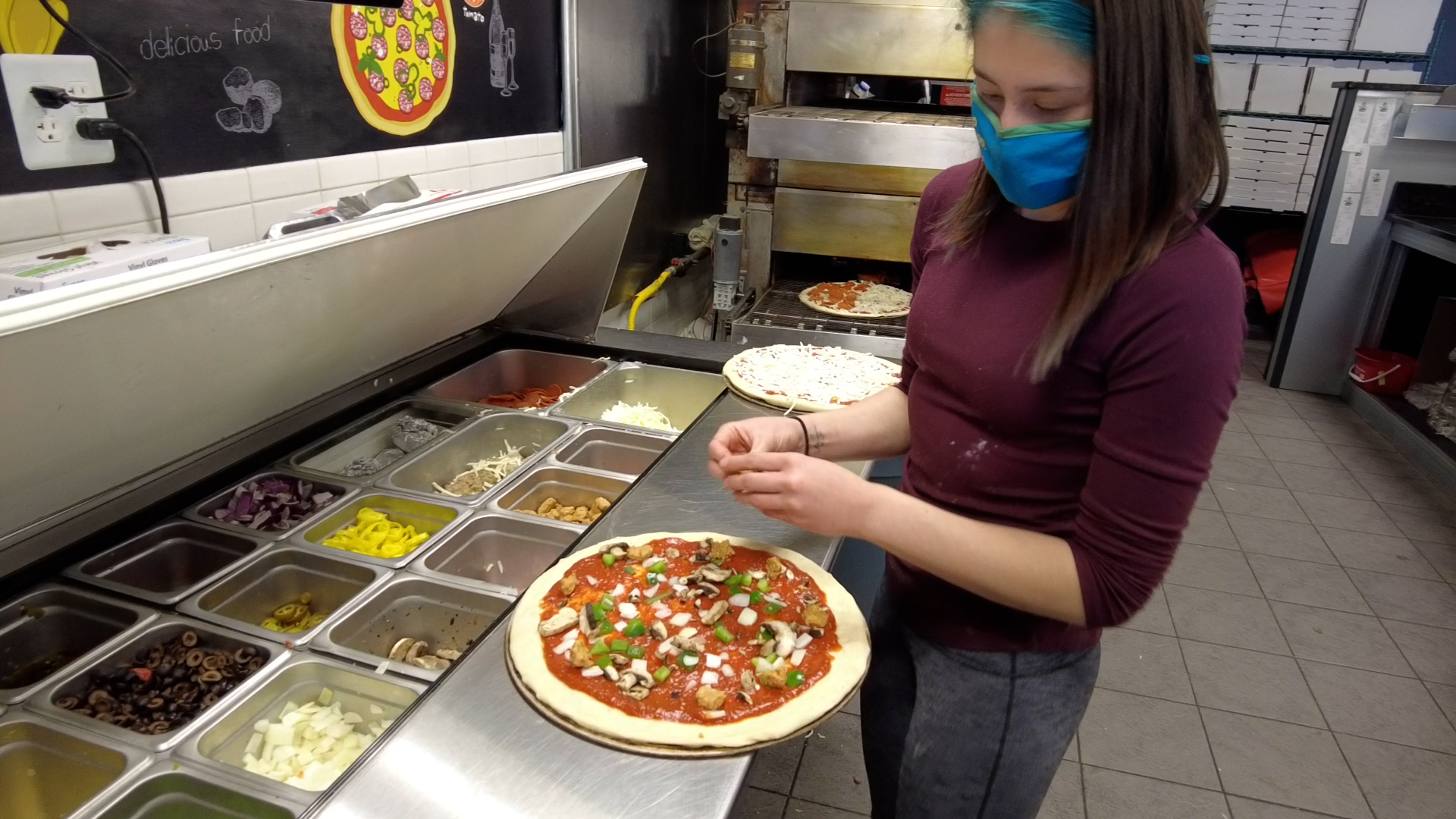 Business Matters: Why Pappy Is So Happy

“Serial entrepreneur” Mark “Pappy” Anderson loves his latest venture: A family-friendly pizza joint that happens to serve up a mean batch of chicken wings and healthy salads, too.
March 27, 2021 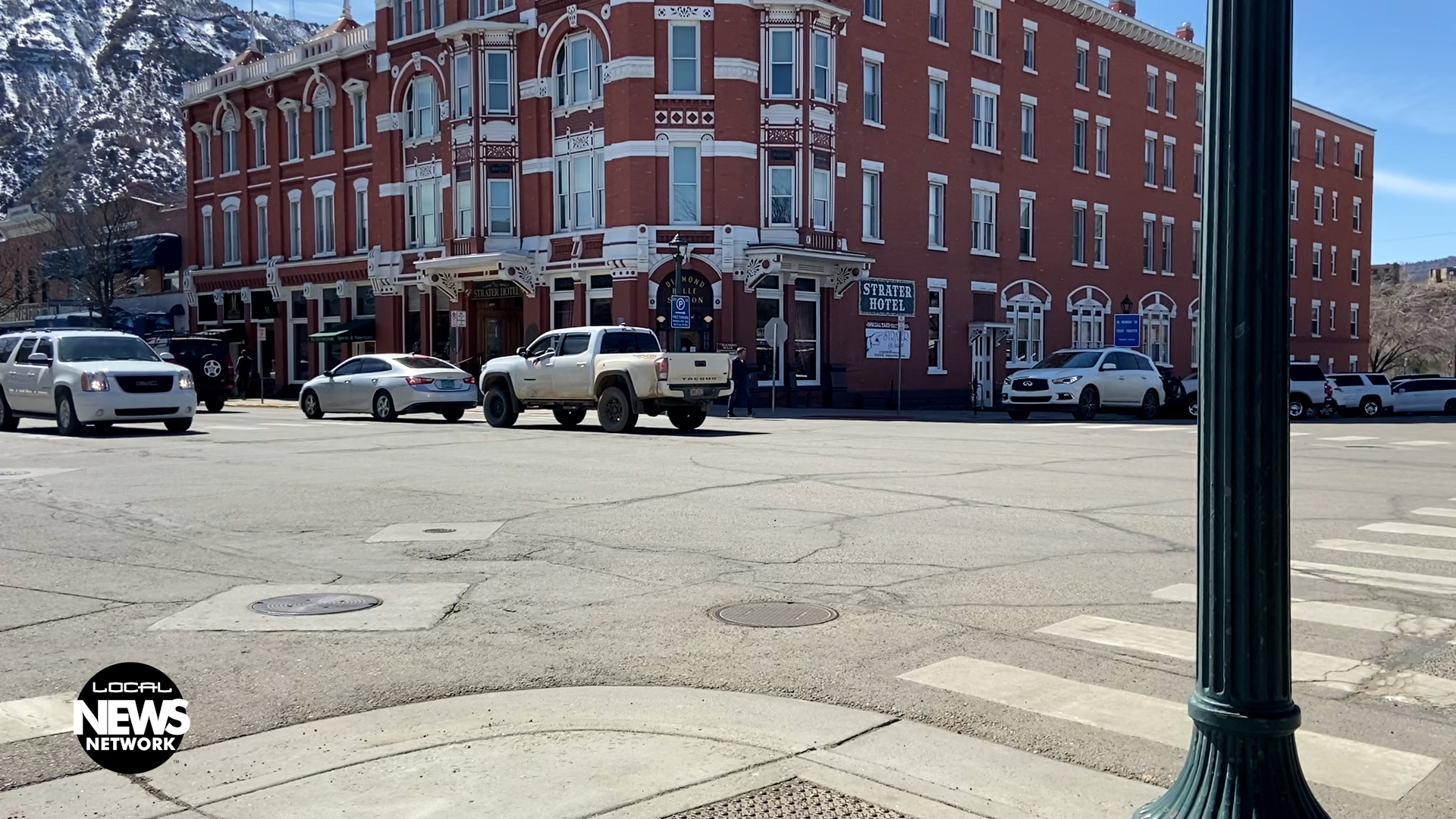 A proposal to raise the lodger’s tax from 2% to 5.25% will increase funding the creative district and encourage “shoulder-season” tourism. Written by Hannah Robertson
March 25, 2021 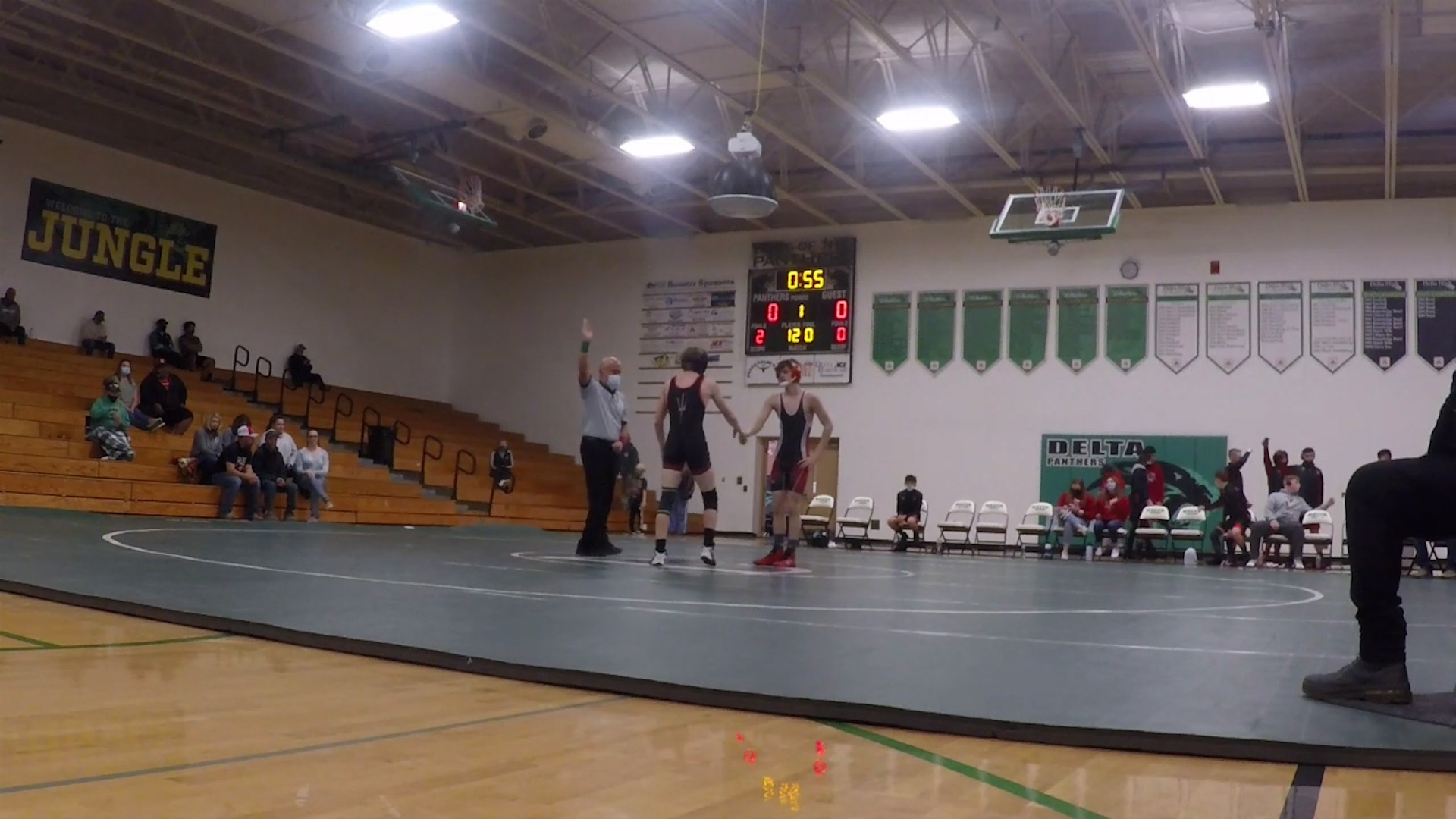 When wrestlers hit the mat for a match, it's one against one. But two Demon wrestlers say they never would have made it to the state championship finals had it not been for the efforts of their teammates and coaches.
March 25, 2021 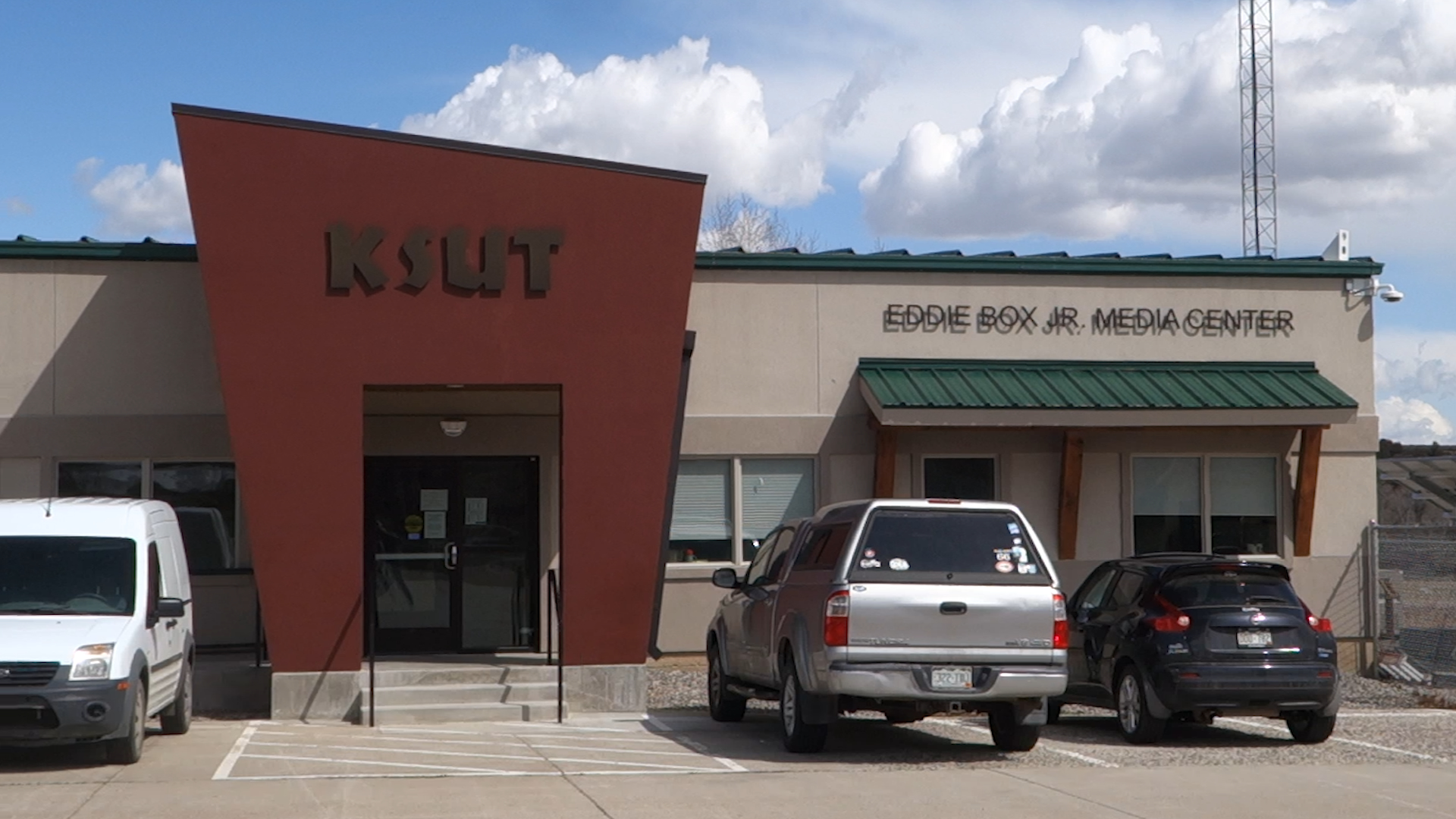 They did it. KSUT Public Radio and its supporters raised $1.5 million to match a $1 million challenge grant from the Southern Ute Indian Tribe to build a modern media center that will allow the station to expand local news and public affairs programming about and for the Four Corners.
March 19, 2021 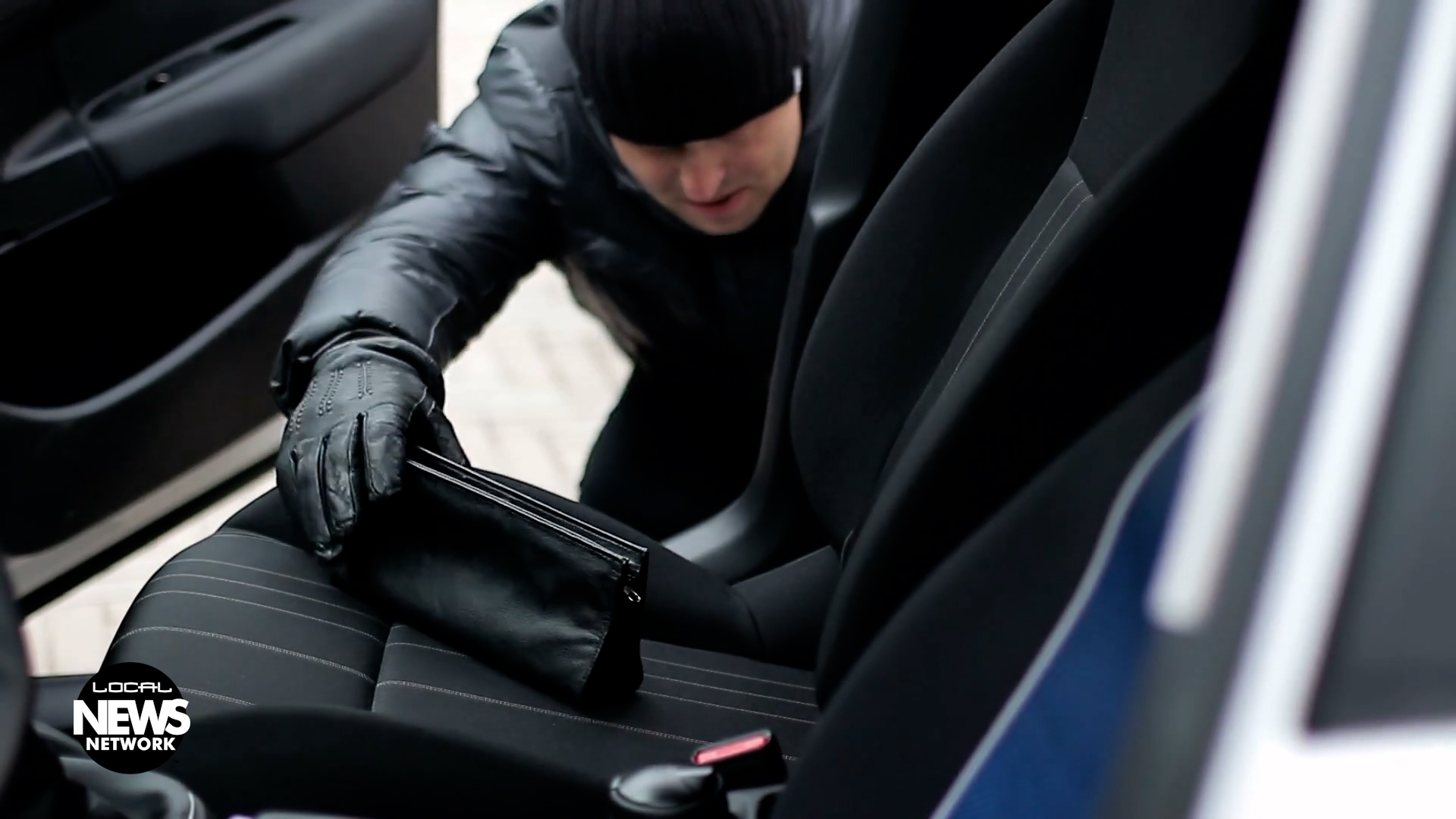 Durango Police urge residents to lock their cars in the wake of a dramatic increase in car thefts and car burglaries.
March 17, 2021 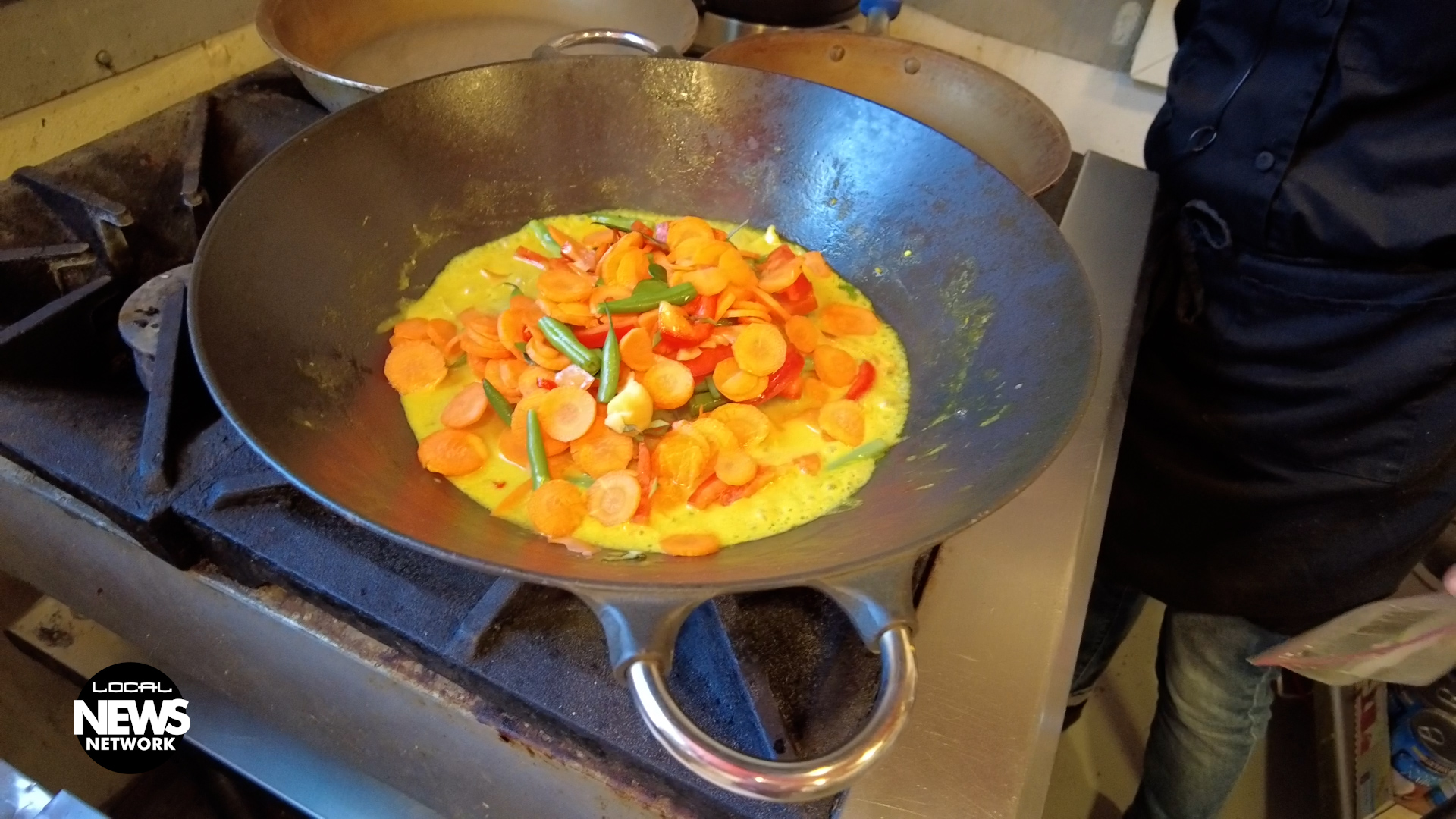 Kelly Gregory waited more than 20 years to realize her dream of owning a food-service business or a restaurant. The pandemic gave her the opportunity to just that when she began operating out of the Dolores River Brewery kitchen two nights a week. By LNN News Director Deborah Uroda; Editor Zach Marqua
March 18, 2021 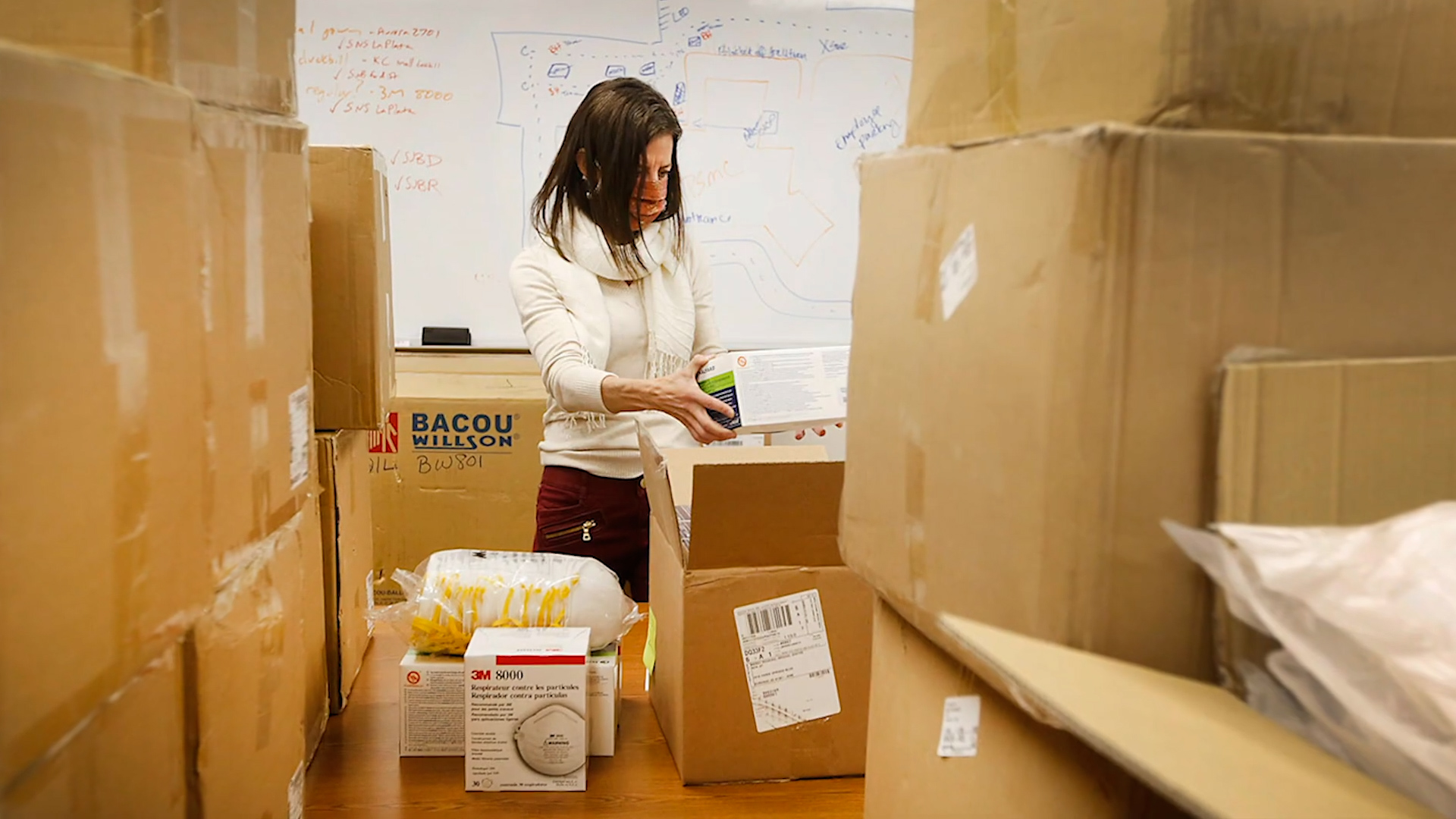 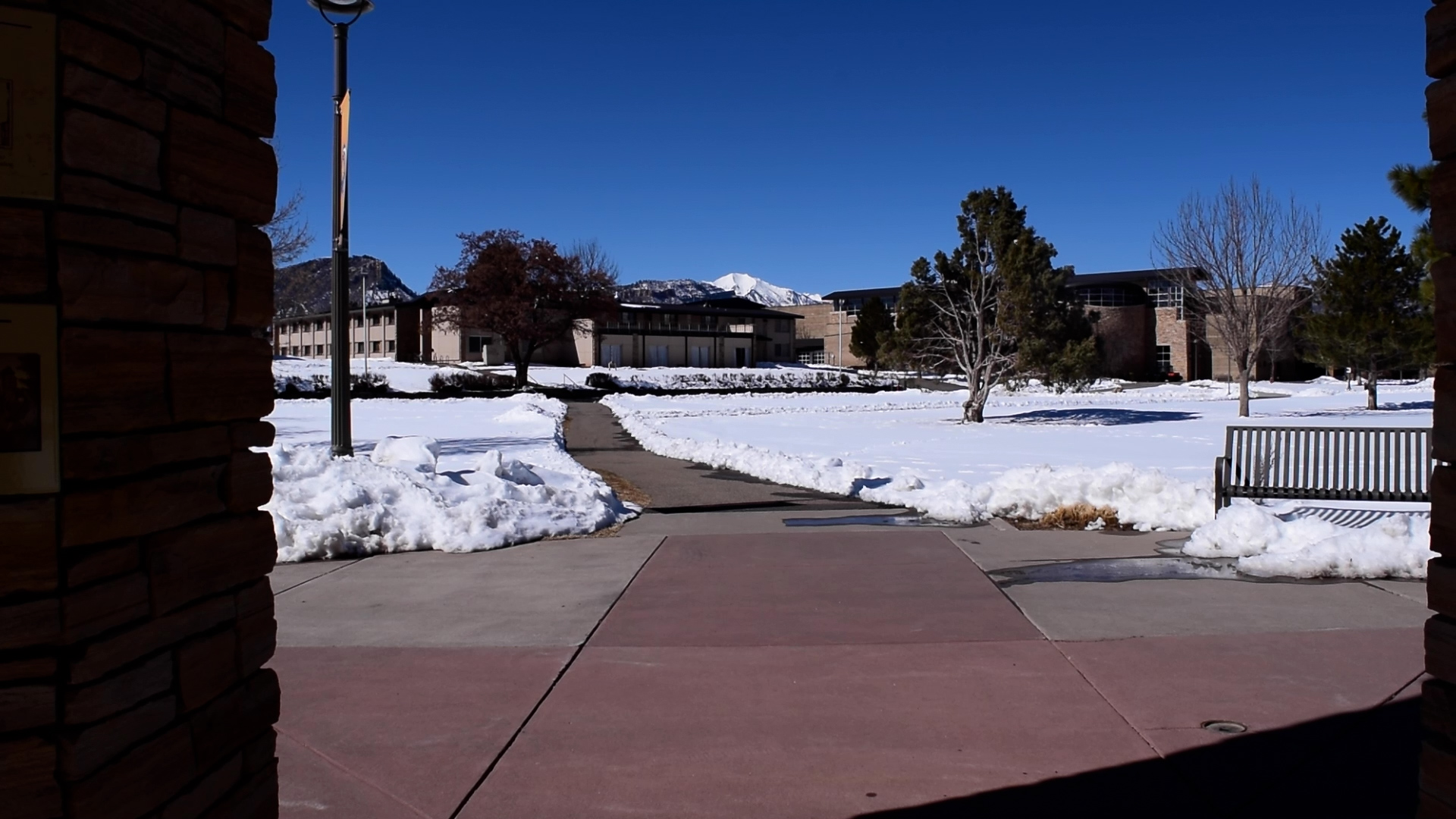 Applying to College during COVID

Given the changes across the country in how college's operate, how is COVID affecting the way students apply to colleges, and how are colleges working to help them? Written by Hannah Robertson
March 12, 2021 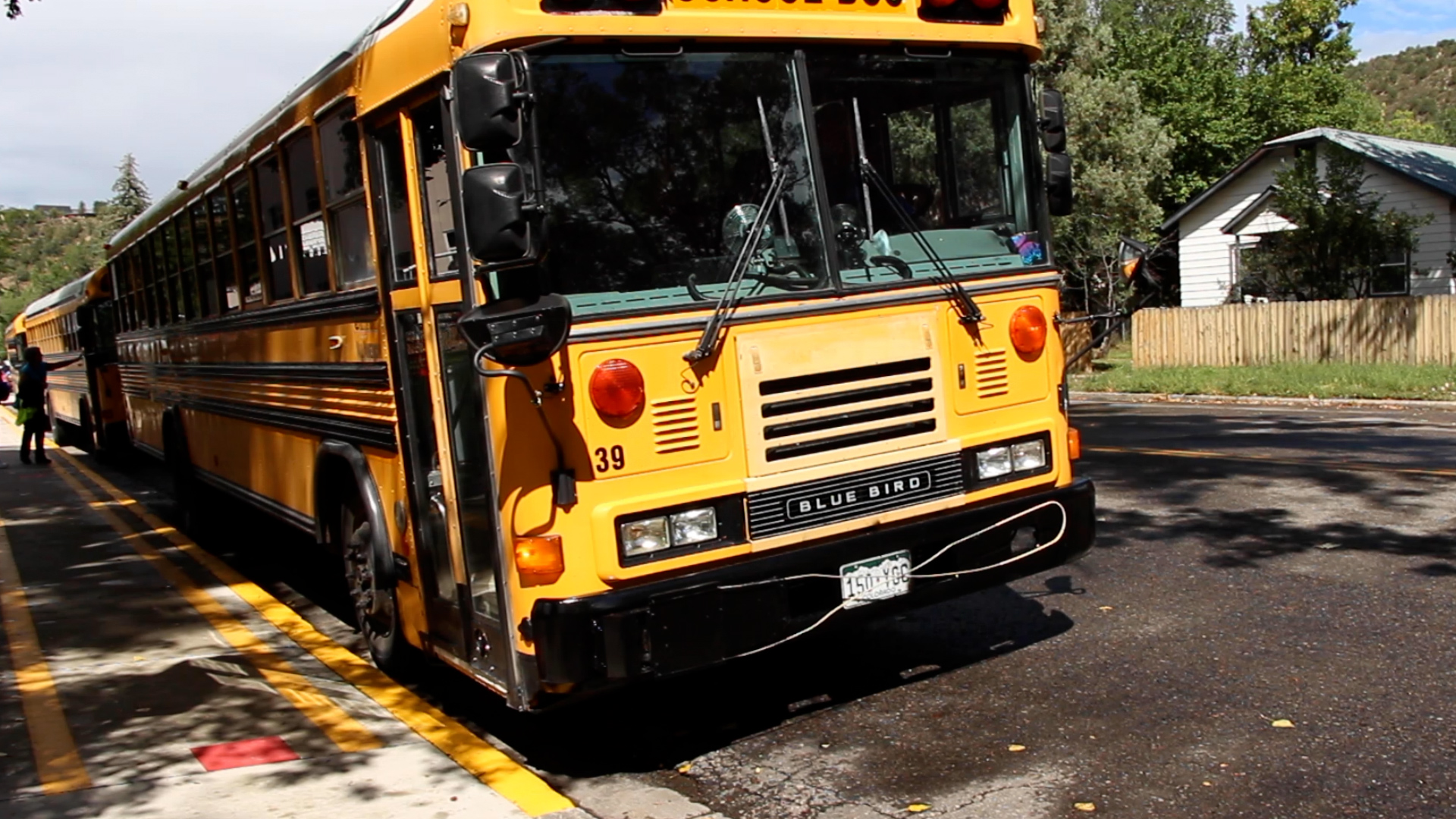 Durango School District 9-R is one of only eight school districts in Colorado to be awarded a Regional Air Quality Council grant to purchase an electric school bus. Find out how it will benefit the district's sustainability goals and financial bottom line. Written by Deborah Uroda and Edited by Zach Marqua
March 12, 2021 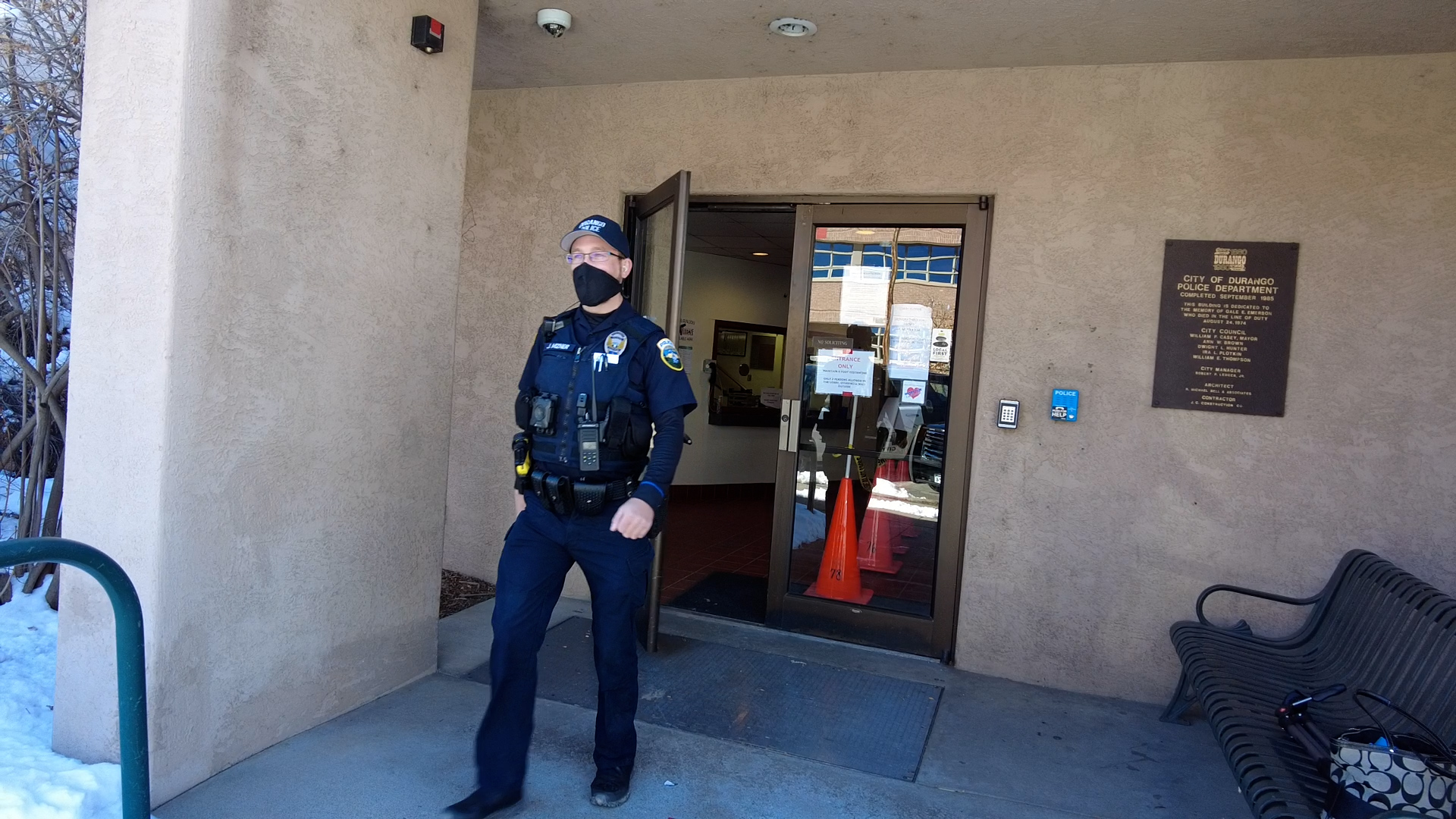 Durango Police Officer Jonathan Mizner grew up in Florida and worked as a Manatee County sheriff's deputy before hiring on in Durango, and he relishes the differences between the two environments.
March 9, 2021 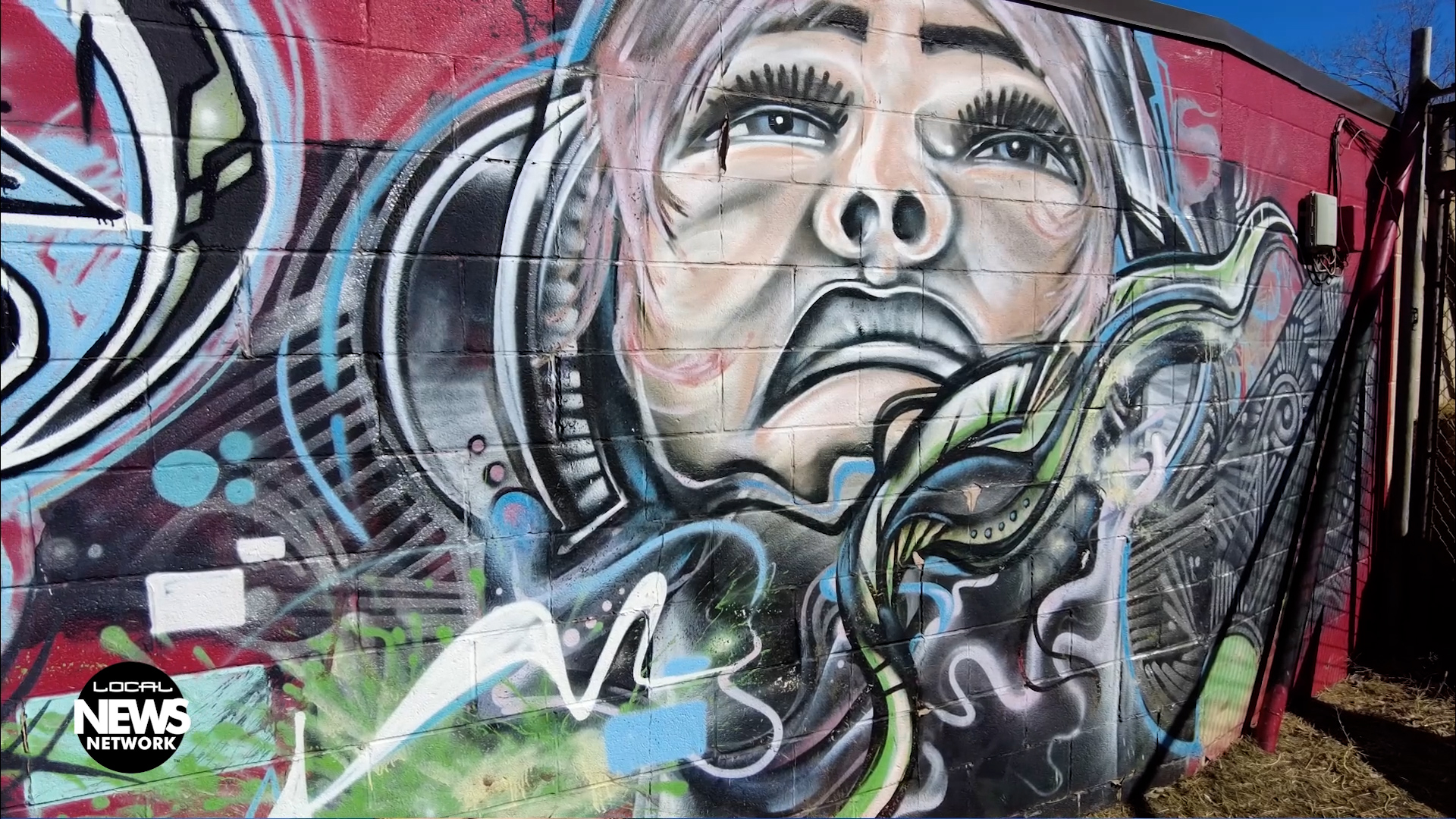 Hunting for Artistic Treasure in Alleys and Parking Lots

If Cortez could have a cultural motto, town leaders may want to consider City of Murals. Find out how artists transformed walls, even houses, into works of art.
March 8, 2021 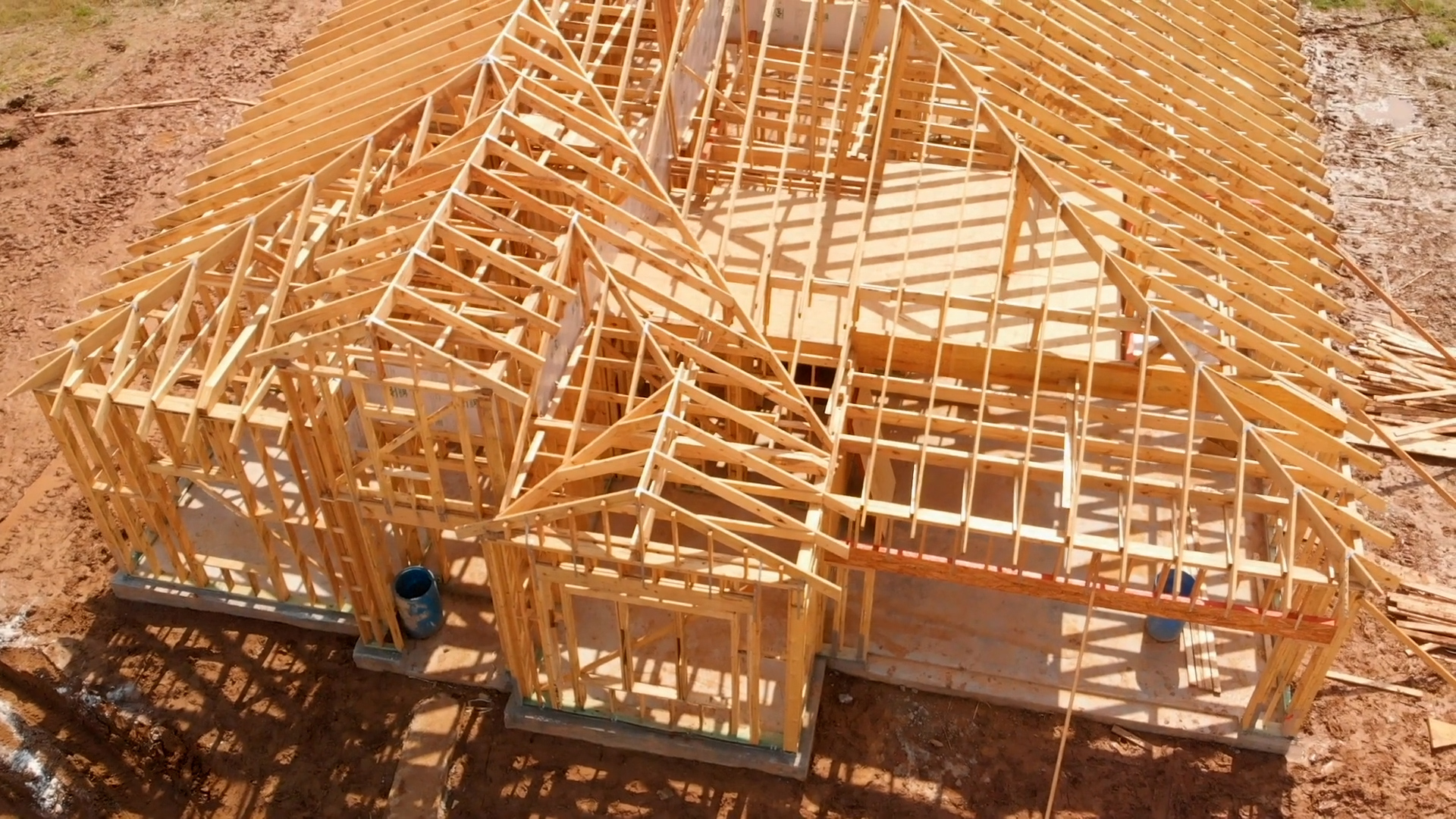 With today's housing shortages in Southwest Colorado, many homeowners are turning to building their houses-to-be. But COVID-induced shortages are affecting building supplies -- and the cost of building your own home.
Previous
Next